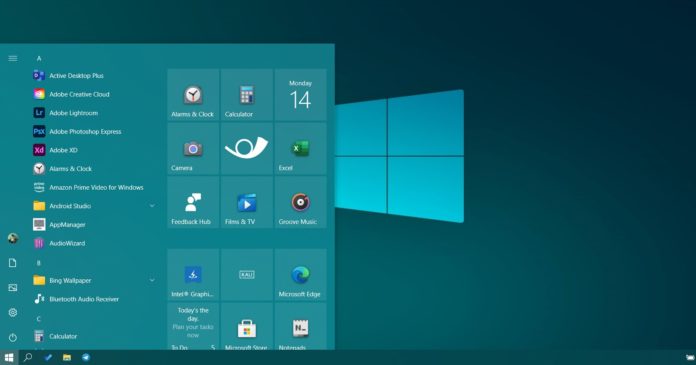 Earlier this year, Microsoft introduced a new iconography design for Windows 10 that features a colourful and vibrant look.

As part of the new design makeover, Live Tiles will be fading into the background, and new icons would be front and center as opposed to the current monochrome design we have. With Windows 10 version 20H2 update, we’re finally getting a more unified Start Menu experience.

This update would introduce a fluent-based theme for the Start Menu as opposed to the current design with the bright colours that aren’t consistent with its Fluent Design System.

Currently, we have a Start Menu with large coloured squares (live tiles) that aren’t consistent with its Fluent Design System and Windows 10’s dark or light theme.

As you can see in our before-and-after demonstration, Microsoft has replaced the coloured tiles with translucent squares and rectangles with icons inside.

The changes are visible even if you don’t pay close attention to the live tiles. The chaotic coloured squares are gone and Microsoft’s new update provides a visually unified design for the Start Menu.

Microsoft has also confirmed that this change will offer better support for system-wide light and dark modes.

Fluent Design icons for apps like Edge, Films & TV, and Excel are no longer overshadowed by dominant accent colours. Without those chaotic colours, each app’s icon stands out and the interface is more consistent.

The future of Windows 10’s Start Menu and Live Tiles

Microsoft is exploring ways to make the icons pop and match the theme preference of Windows 10. Currently, Microsoft plans to continue supporting Live Tiles, but as I reported earlier this year, Microsoft is slowly making its way towards the death of live tiles.

It’s likely that Windows 10’s Start Menu might soon look a lot like the new Windows 10X Start Menu ‘Launcher’. While technically it’s possible to swap out the old Start menu with Windows 10X’s Launcher, Microsoft is not ready to do that just yet.

This is because Microsoft currently plans to wait for the feedback from the early adopters of Windows 10X, which means the company’s modular OS will determine the future of the Start Menu.