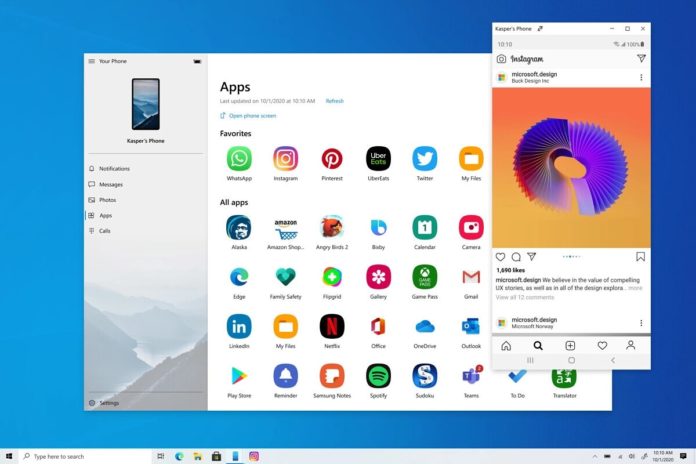 With May 2020 Update, Microsoft has introduced support for ‘Hosted Apps’, which are registered as independent apps on Windows 10 with access to background tasks, notifications, tiles, and more.

According to Microsoft, a hosted app shares the same executable as a parent host app, but it would look and behave like a separate app on the system. This concept allows a component in an app to behave like a standalone Windows 10 program, but the component will require a host process in order to execute the task. 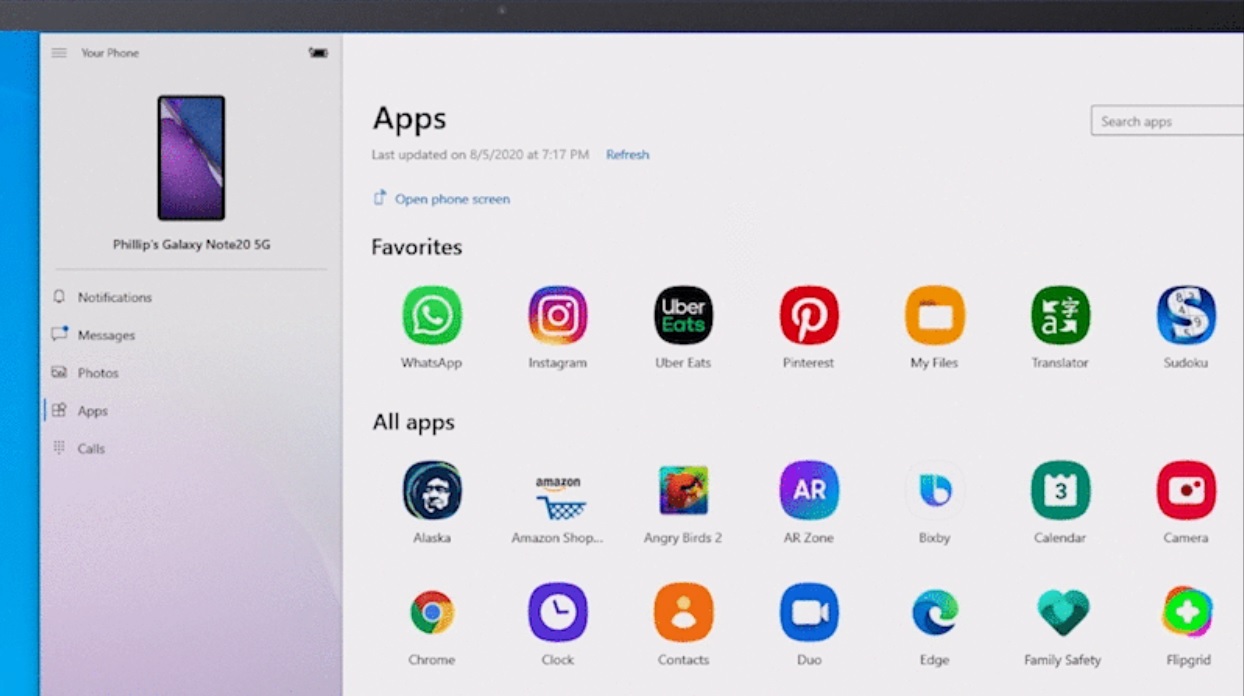 When you configure the Your Phone app and link your Samsung Galaxy device to Windows 10, you can launch your Android apps in a separate window. This allows you to interact with multiple applications at once and carry work without using the Your Phone app at the same time.

The app streaming feature is gradually rolling out to Windows Insiders on Release Preview Channel, but there’s a catch—the feature works only with Samsung phones.

Originally, Windows 10’s Your Phone app screen mirror feature was supposed to mirror your Android screen to Windows 10 device over Bluetooth Low Energy, which could have allowed wider compatibility for phones, but it often did not work as intended.

As a result, Microsoft said it was dropping support for Bluetooth Low Energy, making the mirroring feature exclusive to Samsung phones. 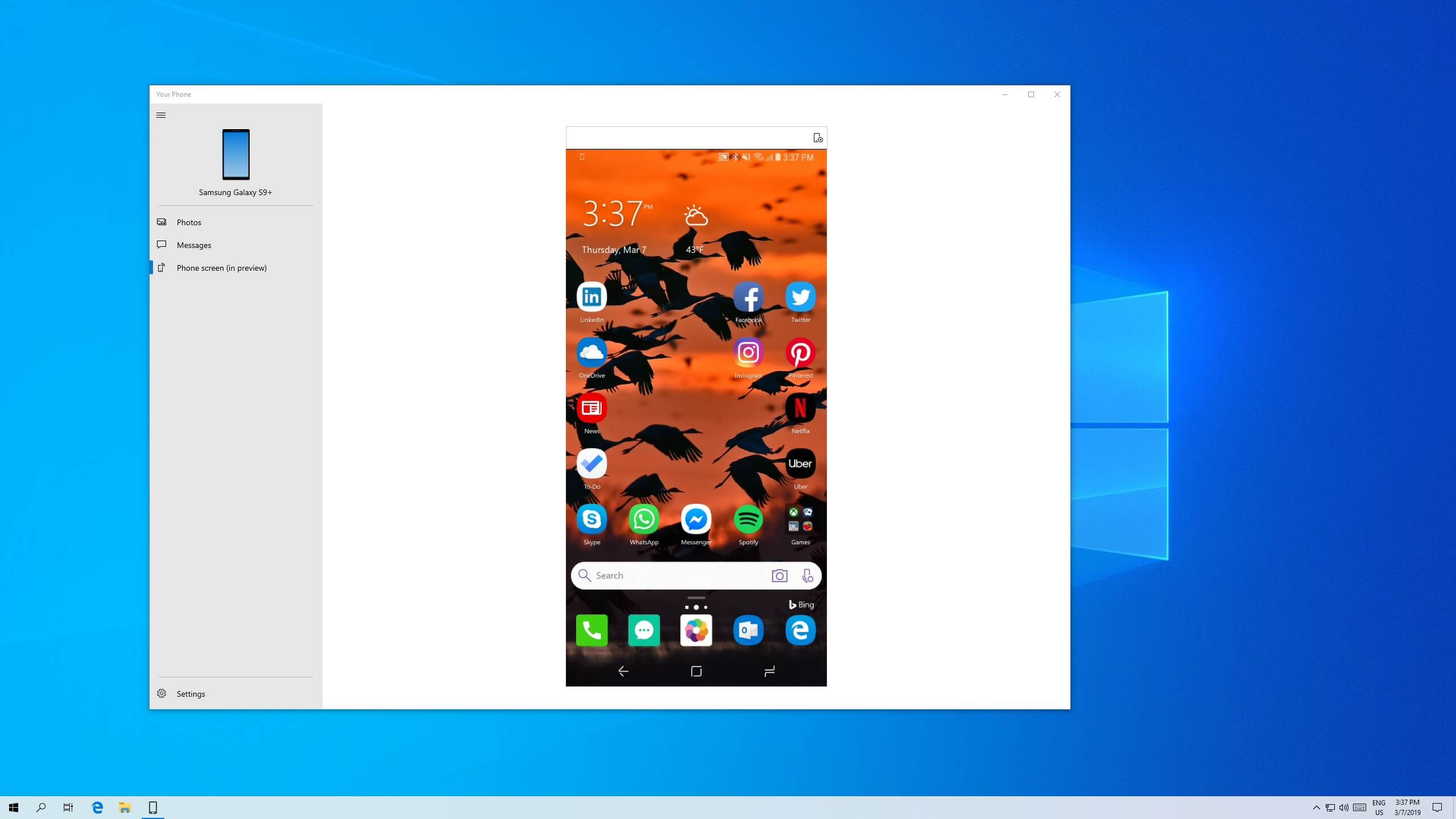 Bluetooth Low Energy feature is available only on a handful of Windows machines, mostly the flagship products from Microsoft and its partners.

By dropping support for Bluetooth Low Energy, Windows 10’s screen mirroring now works on more PCs, but it also meant that screen mirror will require assistance from the phone manufacturer.

Since Microsoft and Samsung are close partners, the tech giant worked with Samsung to develop “Link to Windows” that works over Wi-Fi and is deeply integrated into the OneUI.

During the initial setup, Windows 10 connects to the Samsung phone over Bluetooth, but it uses a Wi-Fi-based technology to stream apps directly to the desktop and the latency is reduced between the devices due to the “special drivers” built into the OneUI. 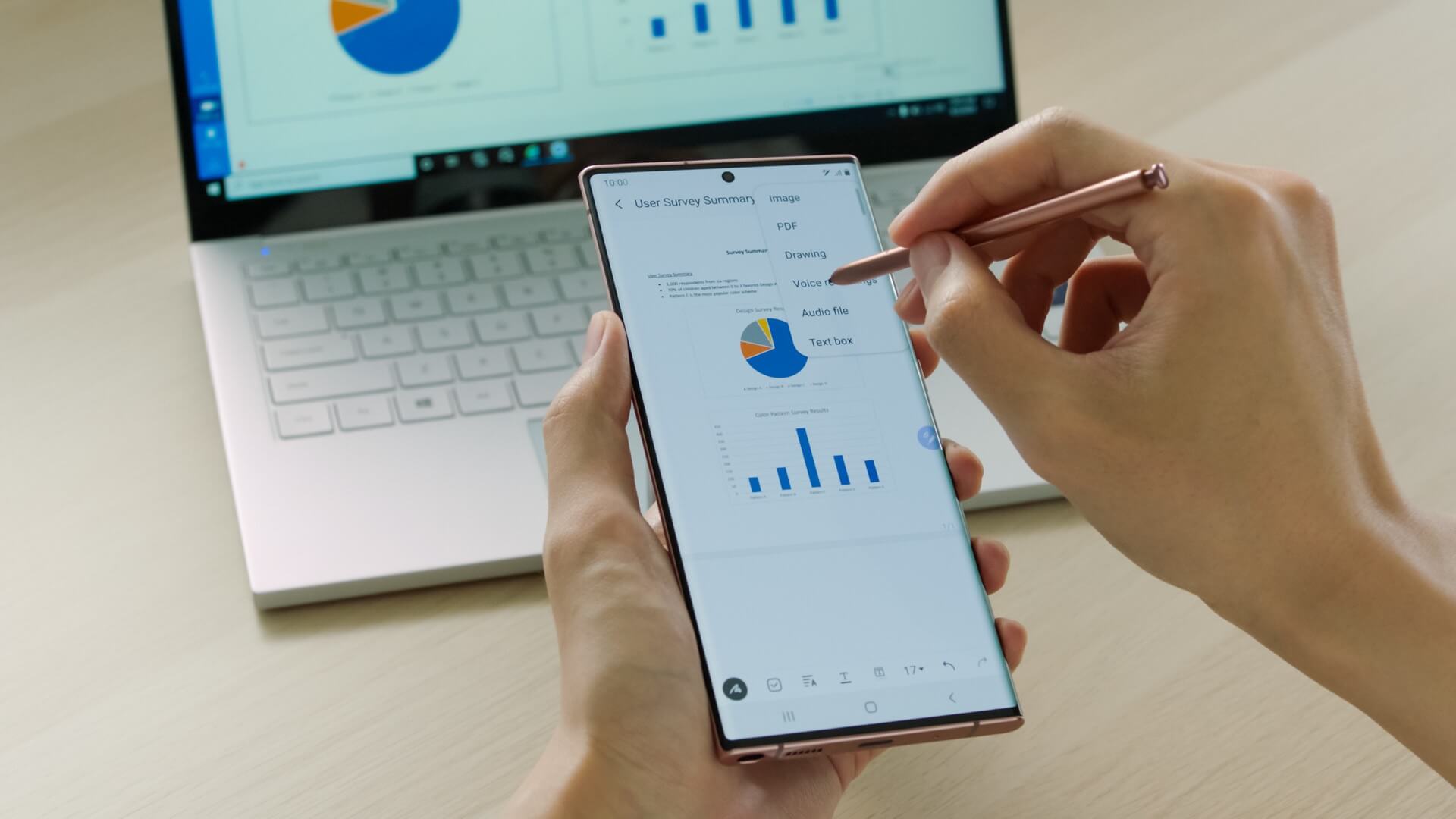 In other words, this integration isn’t only about Bluetooth as it also uses Wi-Fi and custom drivers to reduce the latency, thus enabling a smooth streaming experience. The close collaboration allows faster and reliable streaming of Android apps.

Of course, it’s not something that you can install by hacking your non-Samsung device. It requires the OEM to install the driver in their phone’s firmware or ROM to make it happen.

Windows 10’s app streaming feature could also come to other non-Samsung hardware, but the companies must install the driver and enable the integration.

As others have suggested, Microsoft’s Surface Duo will also ship with the special driver to enable screen mirroring and app streaming support on Windows 10.

If don’t want to buy a Samsung phone to try out the new feature, you’ve two options – buy Surface Duo or wait until your OEM (OnePlus, Xiaomi, etc) collaborates with Microsoft.