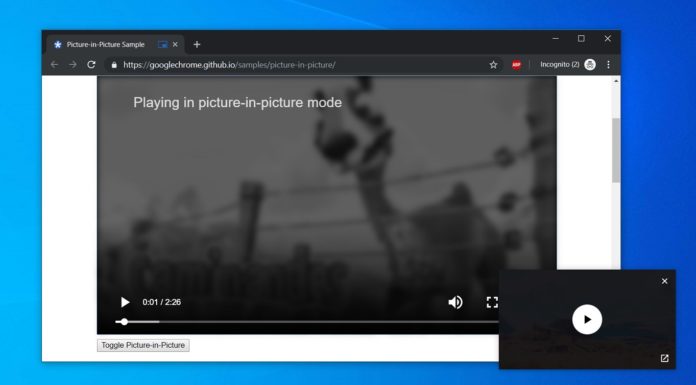 Microsoft is continuing to work hard on the open-source Chromium platform and has just implemented a change that will make scrolling smooth in Google Chrome and fix exhaustingly slow scrolling experiences on some websites.

The new change is part of Microsoft’s effort to bring percent-based scrolling to Chromium browsers. Currently, Chromium browsers such as Chrome uses a fixed scroll delta value (100px per mouse wheel tick) and it leads to jerky scrolling.

Earlier this year, Microsoft confirmed that they are updating this behaviour with ‘percent-based scrolling’, which uses scroller height to compute scroll deltas.

Microsoft believes that the new percent-based scrolling feature will make it much easier to navigate smaller scroller.

In a commit, which has been marked as active, Microsoft notes that small scroller has small deltas, which makes scroll experience exhaustingly slow. A minimum of 16 pixels can be set, as it is a commonly used value for default font size in many browsers and could match in many cases the text content inside the subscroller.

Microsoft is limiting large scrollers to 12.5% of the viewport, that is the root scroller’s expected scroll delta.

“This is done as a part of the effort to port and enhance Edge-style scrolling into Chromium,” the company added.

The percent-based scrolling should be generally more responsive and will be particularly helpful when it comes to busy websites.

You’ll notice these improvements when percent-based scrolling feature is rolled out to Google Chrome. As of June 18, the commit has already been marked as active and these scrolling benefits will be implemented in Chrome Canary soon.

Another useful change in the pipeline for Chromium is ‘overscroll bounce’ or ‘rubber banding’.

Bounce effect (elastic scrolling) would be noticeable when you’ve reached the end of a page when scrolling in any direction. While bounce scrolling is still in testing, it has also arrived in Chrome Canary and Edge stable.