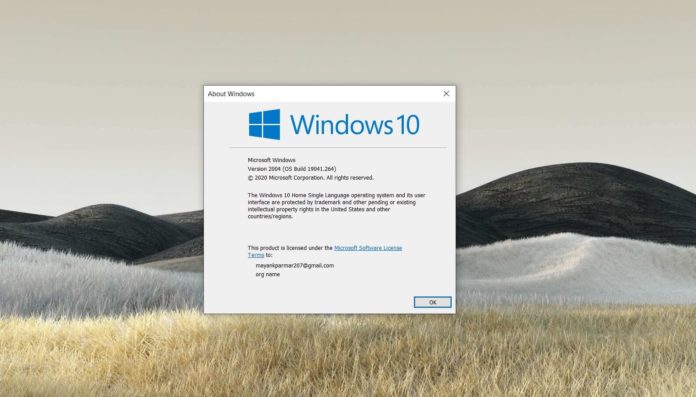 Windows 10 May 2020 Update (version 2004) is now available, but Microsoft says it’s still working on resolving a number of outstanding problems, ranging from Blue Screen of Death to updates not showing up due to driver compatibility issues.

Microsoft has already acknowledged at least ten new known issues in Windows 10 May 2020 Update and it appears that yet another bug has made it to the final release.

When Windows 10 gets wonky, there’s a whole set of commands to try and fix things in the right way.

For example, Windows 10 comes with SFC (system file checker) that scans and verifies versions of all protected system files, but SFC is fairly lightweight with limitations. Windows 10 includes another tool called “DISM”, which is much more powerful and capable if you want to fix the corrupted system image.

Windows 10 version 2004 appears to break the DISM tool and we’ve been able to verify issues with the command-line based program on our device. In May 2020 Update, DISM command tool might report incorrect corruption status. For example, you might receive a report from the DISM tool that corruption is still present even when it has been repaired.

To fix the issues with DISM, you can run the same command multiple times until it renders the correct status. You can also verify that DISM has fixed issues with Windows 10 by using /ScanHealth command.

While DISM scan takes longer to complete if corruption is found during the scan of the image, it’s one of the best ways to address issues with Windows Update on Windows 10.

Microsoft previously said that it plans to fix DISM issues with a cumulative update in June 2020.

Since its release on May 27, 2020, the Windows 10 version 2004 upgrade has led to a litany of bugs for some consumers. One of the most recently discovered issues is Nvidia drivers causing some PCs to load with a dreaded Blue Screen. Likewise, some PCs are still unable to install the update, with a generic message.

While many issues can be fixed when you install updated drivers, Microsoft says it’s still working on resolving these bugs and you’ll be able to upgrade to version 2004 without refreshing the drivers.