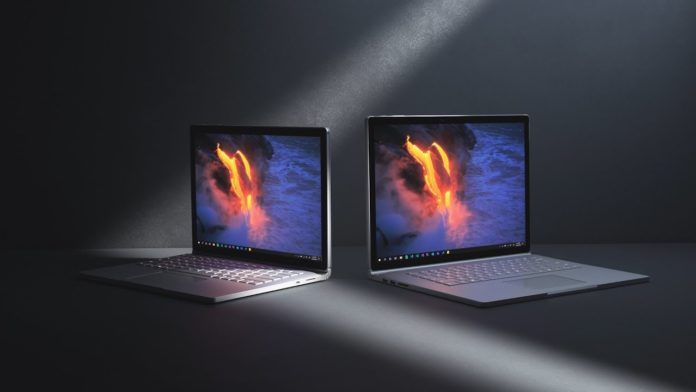 After two and a half years, Microsoft has finally announced the next-generation Surface Book. The Surface Book 3 is Microsoft’s latest detachable PC and it comes with internal specs bump, but the device doesn’t change much in terms of the design.

As we spotted in the certifications, Surface Book 3 comes with Intel’s 10th-generation ‘Ice Lake’ instead of Comet Lake CPUs. Surface Book 3 will have better performance than the predecessor, thanks to Intel’s 10-nanometer 10th Gen Ice Lake CPUs.

For Surface Book 3, Microsoft is currently offering two CPU options—Core i5-1035G7 and Core i7-1065G7. Both chipsets have the Iris Plus Graphics and Core i7-1065G7 CPU is the second-fastest Ice Lake U-series chip in the SKU.

The CPU has four cores, eight threads and a max turbo frequency of 3.9Ghz, but only the 15-inch variant comes in a Core i7 flavour. Unfortunately, the Core i5 models don’t have dedicated graphics.

The Surface Book 3 starts at $1,599 and you can pre-order the flagship device from the Microsoft Store.