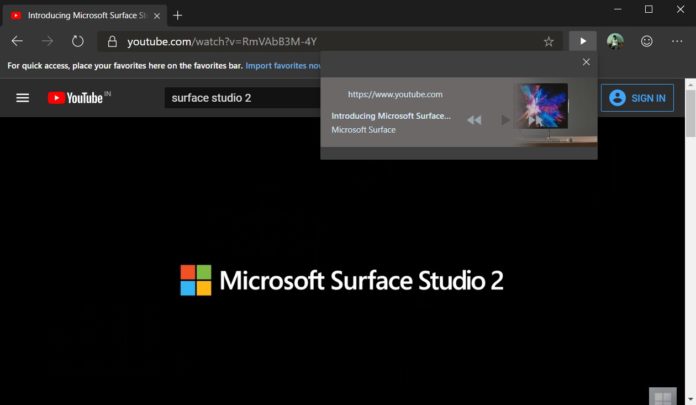 A lot of us listen to music or watch videos on YouTube or any of the other media services through Google Chrome. As you surf the internet and watch videos or listen to music, you create a breadcrumb trail of activity and it’s a bit of a hassle to find the last played music or video in Chrome’s history.

Back in 2019, Google added ‘media control’ tool to Chrome’s menu bar and the company is now working on yet another feature that will work with the existing media playback bar.

Chrome for Windows 10, Linux and macOS will receive a new feature that would help you track your media playback history in the browser. A Google engineer has submitted a series of commits in the Chromium Gerrit for a feature called ‘media history’.

Your media playback history will be removed when you delete an item from the Chrome History.

“For Media History we have a sessions table that records media sessions that we can resume. At the moment we are only interested in video with audio. This adds a MediaAudioVideoState enum that contains data about whether a media session is audio only or has both audio and video. For web sessions, this will follow the routed frame since that is where the metadata we are using for media history is coming from,” Google engineer wrote.

At the moment, you can access the beta UI at Chrome://media-history after enabling the flag in Chrome Canary. It has a basic web UI and it’s not intended for users yet.

Google might announce the new feature later this year after rolling out Chrome 83 to users.