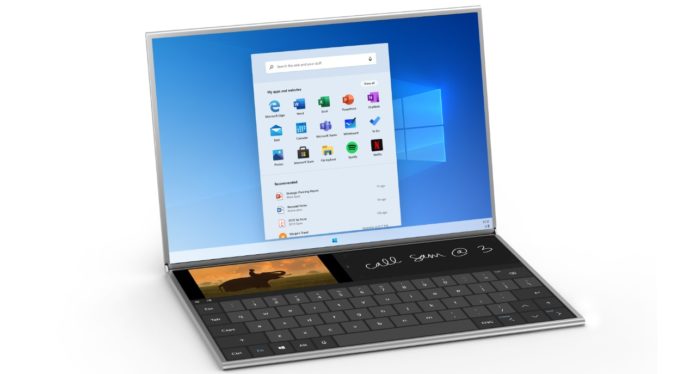 Windows 10X is the next big thing for Microsoft’s desktop platform and it’s arriving later this year. The OS is expected to introduce a series of changes for Windows 10 including improved tablet experience, faster Windows Updates, Win32 apps container and more.

We’re expecting that some changes in Windows 10X will eventually make their way to (regular) Windows 10 as well, but it could be months or years before your devices get 10X features. Fortunately, there are ways to get features similar to the ones in Microsoft’s dual-screen OS.

You can get a similar effect on Windows 10 with a free app called ‘FalconX’, which allows you to center-align your taskbar’s apps and websites. The portable app sits on the system tray and you can customize the experience by right-clicking the icon and selecting the settings.

Once enabled, FalconX gives Windows 10X’s taskbar experience and you may find it easier to reach icons. FalconX has many other features including 42 animations to choose from. You can also turn off all animations, adjust the animation speed with a slider or specify the speed in ms (Millisecond).

You can also enable transparent taskbar with the app. Unfortunately, you cannot center align the Start menu button at the moment.

Windows 10X’s Emulator has also revealed two beautiful wallpapers that Microsoft plans to ship with Surface Neo. You can download FalconX and the two wallpapers from the following locations:

To close FalconX, you’ll need to end its process from Task Manager or hit ‘Close’ within the app’s settings window. In some cases, you may need to restart the File Explorer process.

There’s also a Microsoft Store version of FalconX, but it requires you to pay or donate $1 to the developer.