According to the patent application, Microsoft’s Surface Neo could become an ultimate gaming and productivity device at the same time. In the filing, Microsoft has highlighted a variant of Surface Neo that could come with input device featuring “a trackpack or game controller”. 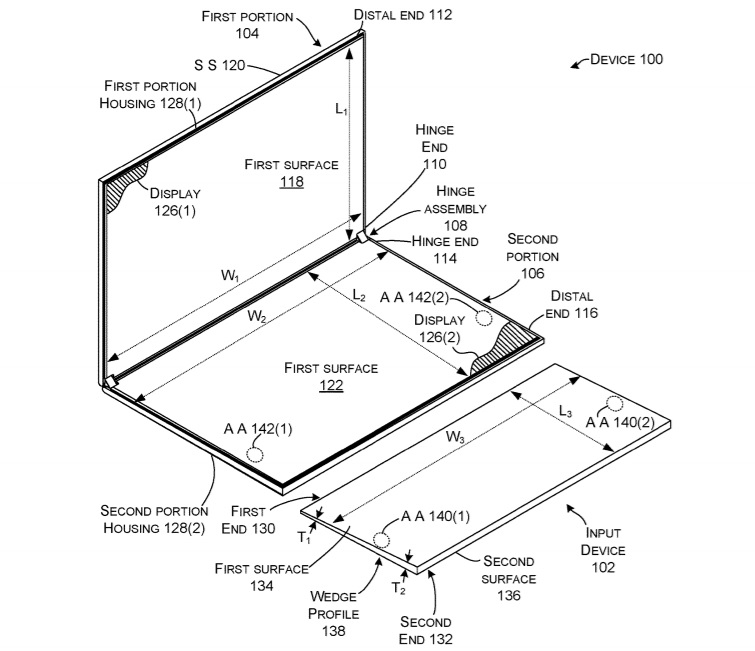 It appears that Microsoft will offer a ‘gamepad’ that magnetically attaches to one of the displays and the physical board will fold over to cover about two-thirds of the second display. The gamepad is also detachable so that you can take it off and use other keyboard accessories.

On the other hand, Microsoft could be working on virtual gaming controls for Surface Duo as the 5.6-inch device doesn’t have enough space for the physical controls and it also cuts down on the accessory that gamers would need to carry with the pocketable Surface Duo.