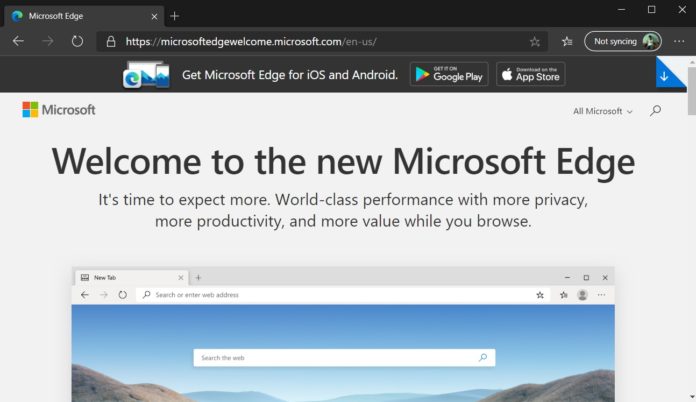 The wait is over—new Microsoft Edge is now available for download on Windows 10, 7, 8.1 and Apple macOS.

With the new Microsoft Edge, the company is preparing to phase out the EdgeHTML-based version of Edge. The new Microsoft Edge is built on Google’s Chromium platform and it is designed to allow users to do everything that they can with Google Chrome.

The new Microsoft Edge uses Chromium codes, and Chrome extensions will also run on top of it. The Progressive Web Apps (PWAs) or web apps that feel like Windows 10 apps will also work via the new browser.

Microsoft says it will follow a measured roll-out approach to install the new Edge browser automatically via a Windows Update. In the coming weeks, Windows Insiders in the Release Preview Ring will begin receiving the new Microsoft Edge over-the-air.

For non-Insiders, Microsoft says users can expect Edge to be installed automatically over the next several months. The company has confirmed that it won’t begin pushing Edge browser to users today, but you can always manually download and install it.

“We will start to migrate Windows 10 customers to the new Microsoft Edge in the
coming weeks, starting with a subset of Insiders in the Release Preview ring,” Microsoft said in a blog.