Windows Search is a core part of Windows 10 and it powers File Explorer, and other apps to help you find files such as documents, pictures or apps.

Windows Search issues on Windows 10 is more common than you may think. One of the popular issues hitting devices running Windows 10 concerns Windows Search and Microsoft recently offered a series of recommendations for users who want to fix inefficiency of Windows Search.

According to Microsoft, this tool should help both users or administrators troubleshoot Windows Search related issues and analyze search indexing issues.

The app, which is currently in beta, displays information about Windows Search indexer. If your Windows Search stops working, you can use the app to restart or reset the search service. 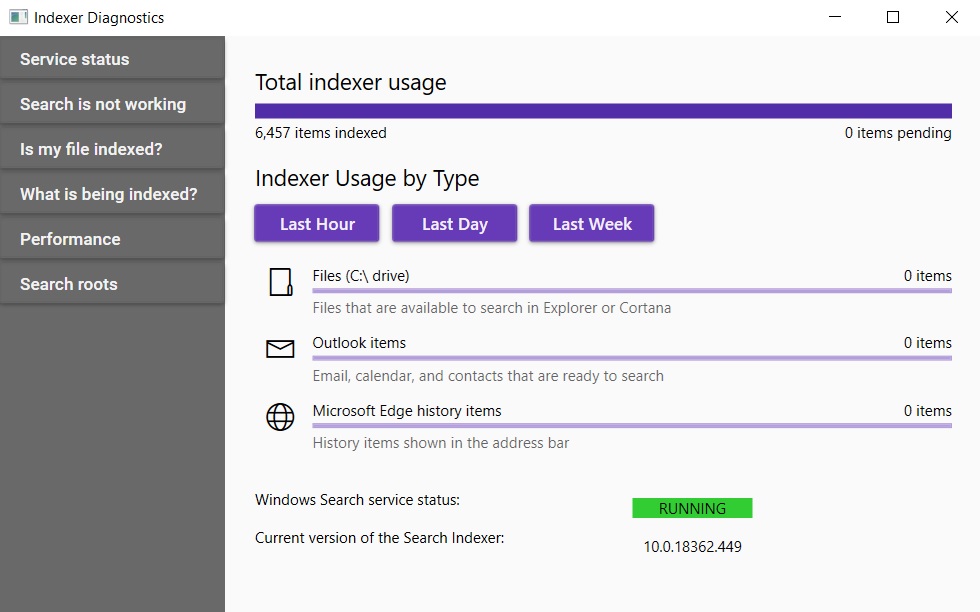 For now, the troubleshooting option only allows users to restart or reset the Search service.

The app can be downloaded from here or you can also search ‘Indexer Diagnostics’ in Microsoft Store.