A number of users have reported on forums that a bug in Windows 10 May 2019 Update causes both feature and quality update deferral options dialog to disappear entirely.

“They have an odd bug with the deferal settings that was introduced in 1903 (mine is actually the opposite currently, I can see the setting for Feature Updates but not Quality Updates). Essentially it seems that you can pick that setting once, after you do so the setting item in the GUI will disappear entirely. It can be manually fixed by editing the registry key for it, but I have no idea why it hasn’t been patched yet,” a user wrote on Reddit.

“I gave up on update deferral settings in the settings app and just set it with the group policies under “Administrative Templates > Windows Components > Windows Update > Windows Update for Business”. I prefer it over setting the keys in the registry,” another user said. 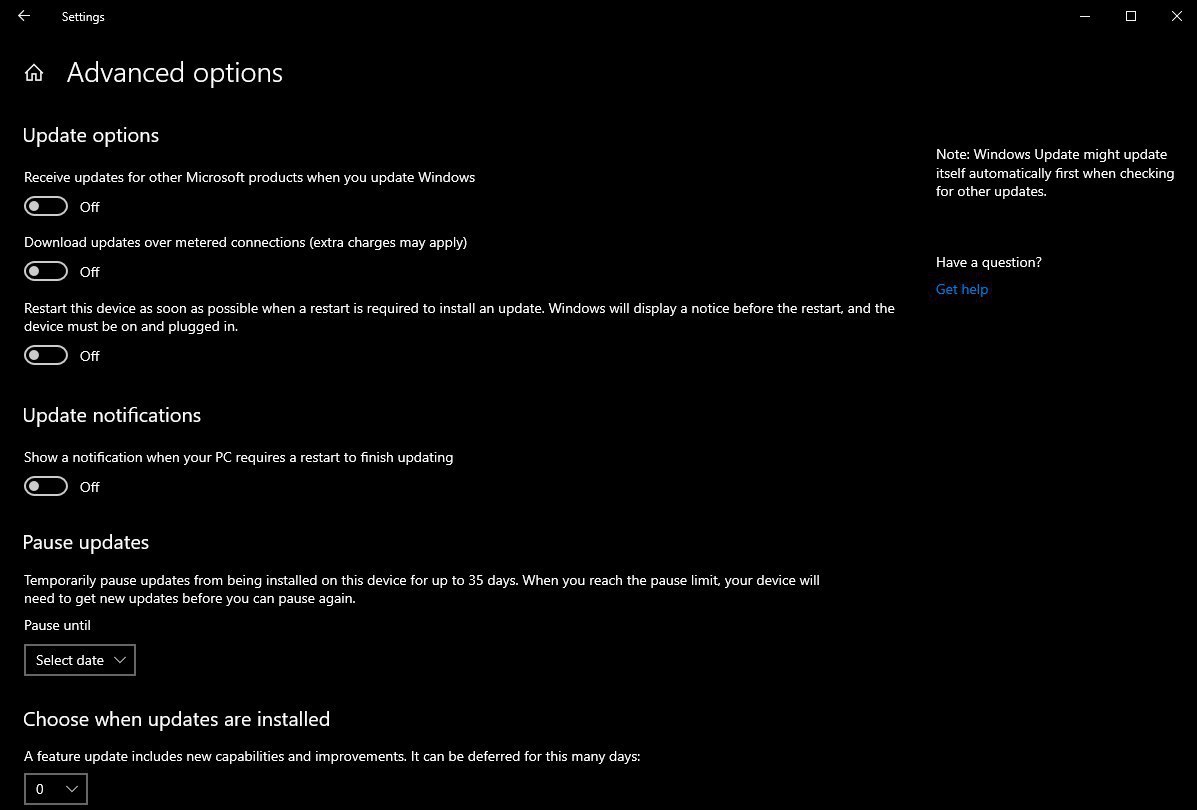 This has always been one of the most frustrating bugs in Windows 10 version 1903, but it appears that Microsoft has finally deployed a fix.

As per our own testing and reports, the bug has been fixed in Windows 10 KB4524570 (Patch Tuesday update). The fix apparently also applies to November 2019 Update.