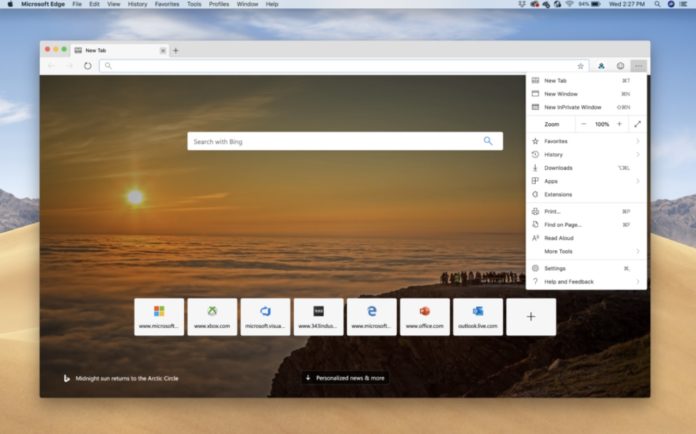 Microsoft Edge is officially available on Windows and macOS, but the company plans to get the next version of Chromium Edge working on all of Microsoft products and even other platforms.

Microsoft Edge is also offered on Android and iOS via Google Play Store and Apple App Store. The Redmond firm is now considering a potential Linux release and Edge team has also confirmed that they don’t have any technical hurdles blocking Linux binaries, and Linux release is definitely something that will happen in near future.

Microsoft says it still needs to work on Edge for Linux to make it ‘customer-ready’. In a new survey, Microsoft is calling for Linux users to submit their expectations and recommendations to help the Edge team determine how the browser should be created for a Linux system.

The new Edge uses Chromium, the same open-source platform, which powers Google Chrome and it can be ported to other platforms like Linux.

“We’d love to learn more about your requirements and expectations for Linux web browsers for your web development, testing, and personal browsing,” Microsoft said.

Microsoft is finalizing the web development features, installation method, and the motive of Edge for Linux.

The company hasn’t yet revealed when it plans to roll out Edge for Linux, but a survey pretty much confirms that the firm is serious about cross-platform availability of the browser.