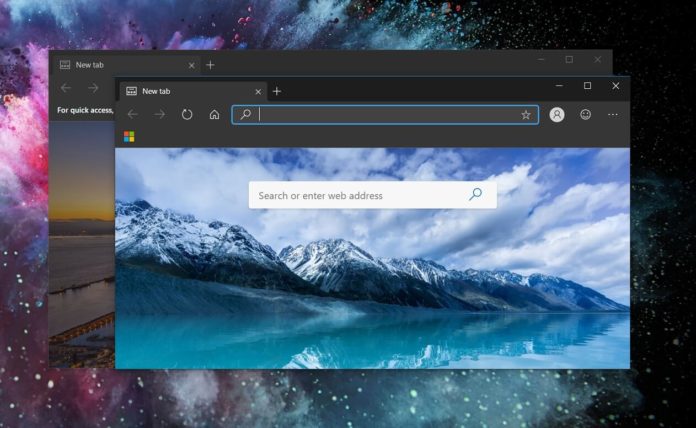 Microsoft recently shipped the first beta version of its new Edge browser for Windows 10, Windows 7 and macOS. Microsoft Edge, which is built on Google’s open-source browser foundation ‘Chromium’, comes with several features and it is also expected to receive scrolling improvements in a future update.

Earlier this year, Microsoft started developing ‘Compositor threaded scrolling‘ to boost performance with smooth scrolling responsiveness. The feature is available for both Edge and Chrome Canary users via an experimental feature, but it has yet to be locked down.

With Compositor threaded scrolling, Microsoft hopes to enable smooth scrolling when pressing (and holding) the scrollbar arrows. According to a commit, Microsoft is now working on a new change to enable play and pause for autoscrolling animation.

Microsoft says that the change will allow the autoscrolling animation to pause when the pointer moves out of arrow and moves back in the bounds. It’s worth noting that Chrome’s existing solution also supports autoscrolling animation, but the transition has been missing from Microsoft’s implementation of smooth scrolling.

“This CL implements that feature for the compositor threaded scrollbars,” wrote a Microsoft Edge engineer.

The commit is marked as active and it should be enabled in a future Canary update.

Microsoft has also shared the technical details of the feature:

According to another commit, Microsoft’s implementation of smooth scrolling will also support infinite autoscrolling:

This CL enables infinite scrolling. The length of the scroller layer is monitored at every frame and if the length increases (and if autoscroll in the forward direction is already in progress), the old animation is aborted and a new autoscroll animation with the new scroller length is kicked off

In addition to smooth scrolling, Microsoft is working on at least two new features to reduce Chromium-based browsers battery consumption. Microsoft’s new Edge will gradually receive scrolling, power efficiency and other improvements in the coming months.