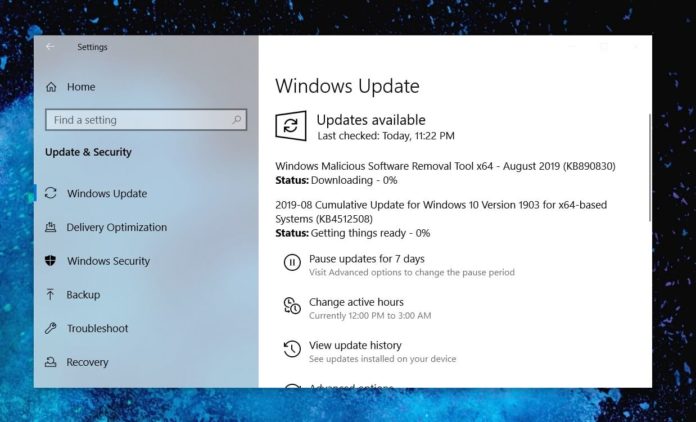 The August 2019 cumulative update is now rolling out to PCs with Windows 10 May 2019 Update. The update is rolling out via Windows Update and direct download links for Windows 10 KB4512508 offline installers are also available.

Build 18362.295 will be downloaded and installed automatically on devices where Windows Update service is running. You can also download the offline installers from below links and follow our guide to manually install Windows 10 cumulative updates.

Microsoft says it has improved the security of core features, including keyboard, mouse, Microsoft Edge and Bluetooth.

Microsoft has fixed a bug that blocked business devices from booting when they are connected to MIT Kerberos realms-based domain.

Lastly, a new security patch is rolling out to Internet Explorer and classic Microsoft Edge.

One of the highlights of the Windows 10 May 2019 Update is Windows Sandbox and unfortunately, the highly-anticipated security feature is still broken.

Microsoft originally acknowledged a crashing problem with Windows Sandbox in May and the company has been promising that the fix will be included in an upcoming release. Unfortunately, Microsoft still hasn’t patched the Sandbox bug.

Windows Sandbox is a virtualized desktop environment, which launches a new installation of ready-to-use Windows 10 and it’s based on the system image powering the device. In basically allows users to execute potentially dangerous programs without any lasting impact to the system.