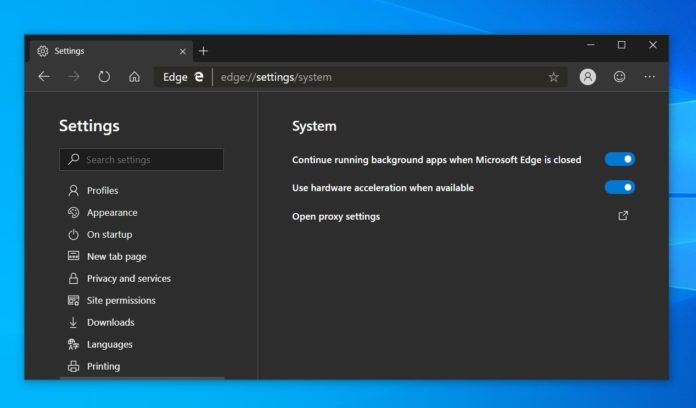 Microsoft has released a new Dev and Canary build of Microsoft Edge, and while the focus has been mostly on improvements, the update introduces a few new features. Microsoft Edge Dev Build 77.0.230.2 introduces a new security feature for the extensions and the Canary update adds a new experimental flag.

The new security controls will prevent users from installing the extensions that have been blocked by the Chrome web store. This new feature will ensure that Edge users are away from potentially dangerous extensions and it would also prevent any security issues.

You can now import classic Edge settings to the new Edge browser. In the latest version, Microsoft will also display a new message that would help users understand Internet Explorer mode launch issues. Last but not least, Microsoft has added a new text that should help you identify when a window is InPrivate or Guest.

The flag for Windows Spellchecker was implemented in Google Chrome last month and today the flag is also live in Edge Canary.

It’s also possible that the feature is enabled by default, but you can manually enable it by following these steps: