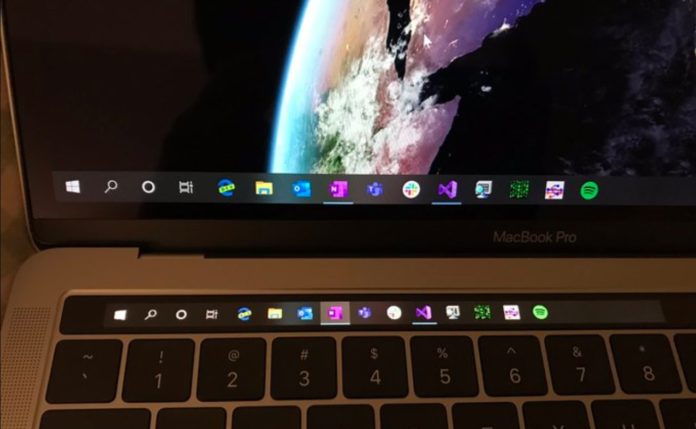 It looks like MacBook owners will be able to transform the Touch Bar from an OLED panel above the keyboard to a useful feature. As developer Ben noted in a Github post, it’s actually possible to make MacBook Pro’s Touch Bar useful by replacing macOS with Windows 10.

Independent developer has figured out how to get Windows 10’s taskbar running on Touch Bar of MacBook Pro. Unfortunately, you cannot try this out on your device as the project is still in the initial days of development and software or app is not available to automate this process.

The custom-made driver transfer FrameBuffer content to the screen and responses to the touches. All these changes apparently allow the Bridge Display (USB link to the Touch Bar) respond to Windows 10 and render the taskbar on the OLED panel.