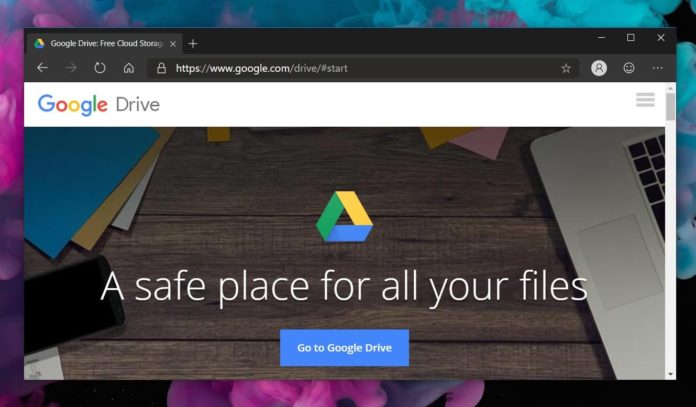 If you access Google Drive in Microsoft Edge, you will receive an ‘unsupported browser; notification. There is also a link to the list of supported browsers. Although the page lists Google Chrome, Internet Explorer, Firefox, Safari and Microsoft Edge as supported, the company hasn’t added support for Chromium Edge yet.

If you change the user-agent to any other web browser such as Google Chrome, the error goes away automatically. This could be due to Google’s user-agent sniffing on Google Drive. 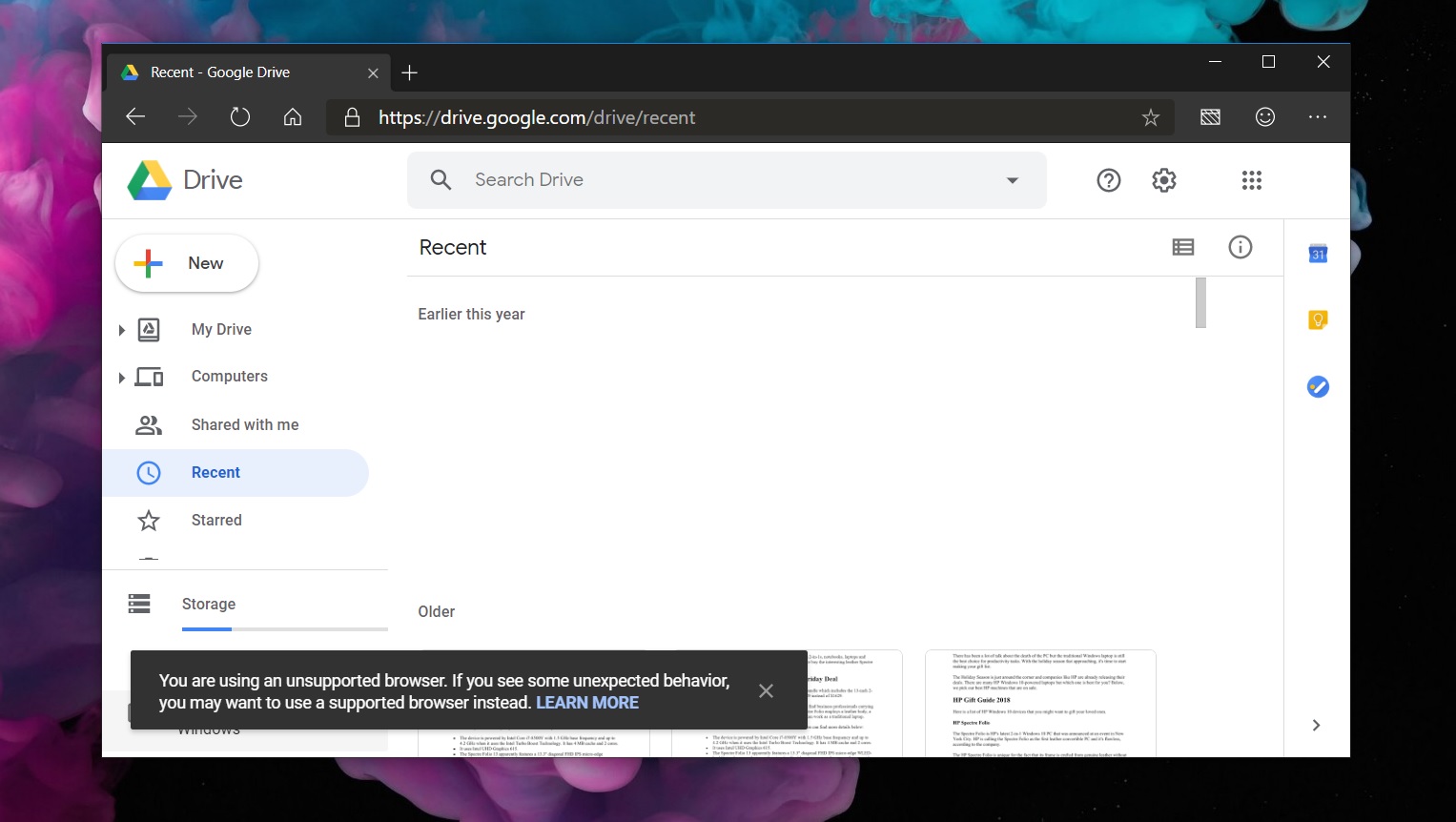 The same mistake happened a couple of days ago with two other Google services – Google Meet and Google Docs. For Google Meet unsupported message, the search engine giant said that Edge’s new string was not on the whitelist that the service uses.

In future, Google says it will add Edge’s new user-agent to the whitelist and the unsupported error message would go away.