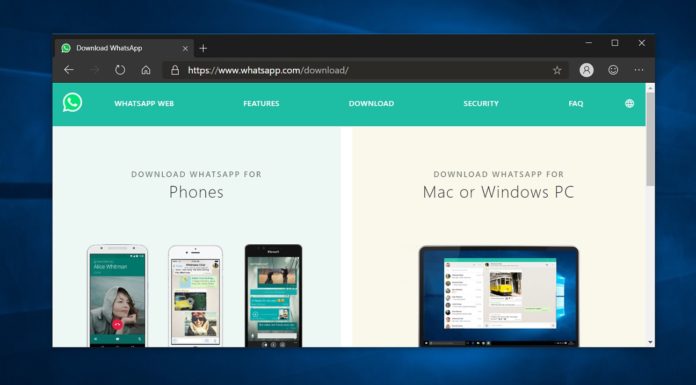 A wild rumour in July 2018 claimed Facebook-owned messaging service WhatsApp is working with Microsoft to deliver a new app built on UWP (Universal Windows Platform). This would allow WhatsApp to work across all Windows 10 devices, including Xbox One and mobile computing devices.

The source of the news is confident that WhatsApp will announce a new app for Windows 10 by the end of this year, but it remains to be seen whether the app will work on desktop or not.

Last year a concept art for a (UWP) version of WhatsApp showed up on Behance and some other reports from 2018 had also suggested that Facebook could consider making a new WhatsApp application.