Windows 10 version 1903, which is scheduled to begin rolling out in late May 2019, will introduce an improved Windows Update settings page. In the latest build, Windows Update is getting a new option that will allow users to install cumulative and additional updates without downloading feature updates.

In Windows 10 October 2018 Update or older, the system could automatically download the feature update and as well as the cumulative updates. The latest version of Windows 10 May 2019 Update comes with a new Windows Update feature that gives more control to the consumers. 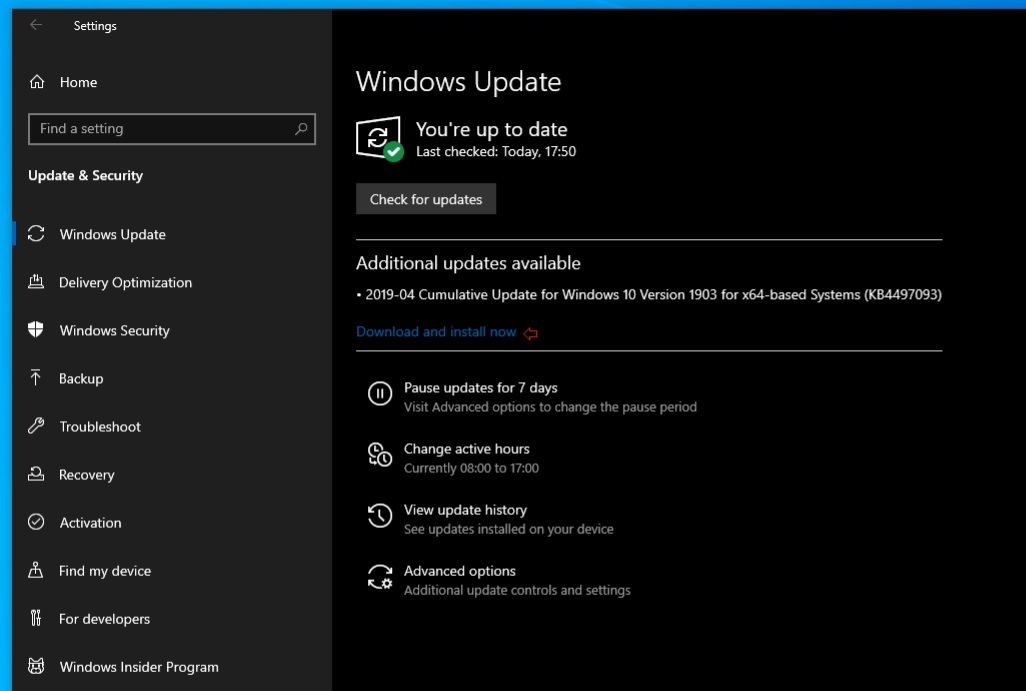 This could be a useful feature if you would like to skip the feature update but continue receiving the cumulative updates without changing any settings. However, Windows will automatically download the feature update if the version of Windows 10 nearing end of support

Windows could initiate the manual download of Windows 10 feature when advanced users manually check for updates.

It’s also worth noting that Microsoft plans to bring this functionality to older versions of Windows 10 as well, including the October 2018 Update.