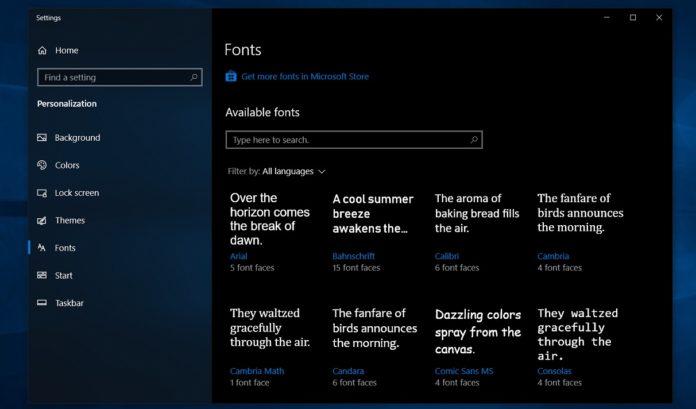 The next feature update, currently codenamed 19H1 and also known as Windows 10 version 1903, will come with improvements to the font management. The Settings app in Windows 10 comes with a font section that allows users to download, set up and configure fonts on the operating system.

You can easily install, configure, customize, delete and manage fonts in Windows 10 via the Settings app. In release notes of the recent preview build, Microsoft confirmed that the next update codenamed 19H1 will improve this aspect of Windows 10.

With Windows 10 version 1903, Microsoft is improving the font management by allowing users to set up and configure fonts much easier than before. The revised fonts management allows users to install fonts by using nothing more than a drag and drop.

While you can install fonts directly from the Microsoft Store, you may still want to store font files locally on your device and install it in Windows 10 via the Fonts settings. Microsoft plans to make this process easier and faster in a future release of Windows. 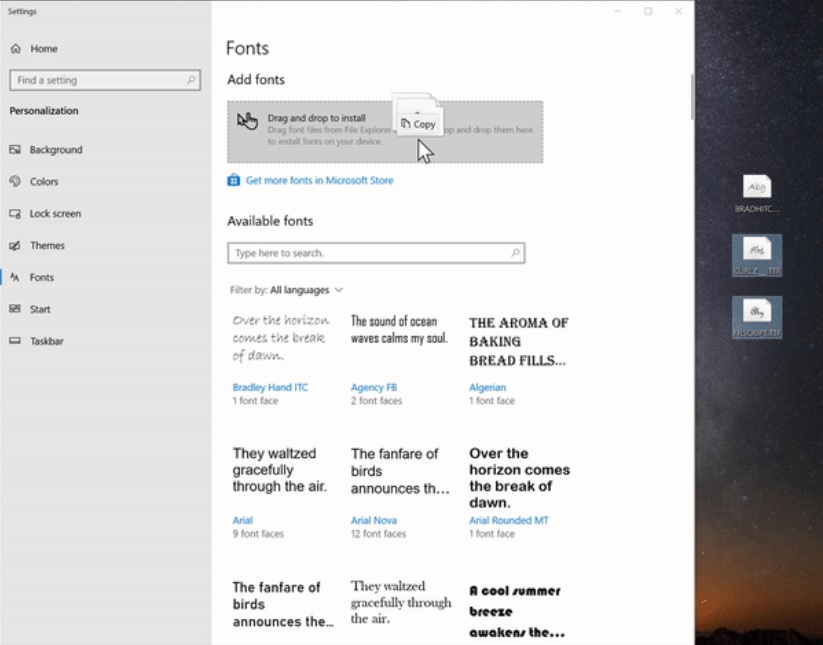 In Windows 10 19H1, users can navigate to Settings > Personalization > Fonts and tap on a box that is called Add fonts to install fonts by drag and drop. If the font file is pinned to the desktop, you can simply drag and drop it from the desktop or File Explorer (local disks) to this box and Windows will install the font.

After the font is installed, users will find it on the same page. You can also click on the entry to view the font preview, access additional information or remove the font.

With just a couple of taps, you can install any custom font in Windows 10 and this does not require elevated privileges, so the process is fast and it can be done without an administrator account.

Microsoft is still testing the new font management improvements and it could be polished before the public rollout. In addition to font improvements, Microsoft is also addressing the reliability concerns of the Start Menu, separating Cortana from Search, improving Windows Update management, introducing a light theme and more with the next feature update.

As per Microsoft’s typical schedule, Windows 10 version 1903 general public rollout should kick off in April.