A thread on Reddit documents a bug where the Action Center in Windows 10 October 2018 Update fails to display the notifications. There is another thread on Reddit which confirms this problem.

A Microsoft employee on Reddit also confirmed that there is a bug where the Action Center would appear on the left side of the screen instead of right on some systems. 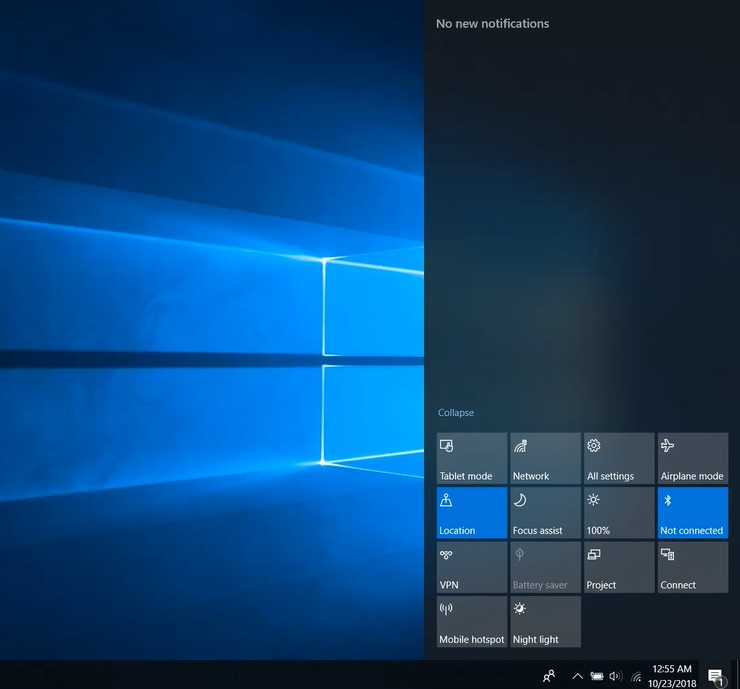