Windows 10 Build 18267 is up for download and it comes with several improvements. The latest preview build 18267 is part of the next major Spring 2019 update and it is rolling out to the Insiders in the Fast and Skip Ahead Rings.

Latest Windows 10’s Spring 2019 preview update comes with an enhanced mode for Search Indexer. According to Microsoft, the company has designed a new feature that would help the system search folders and drivers. 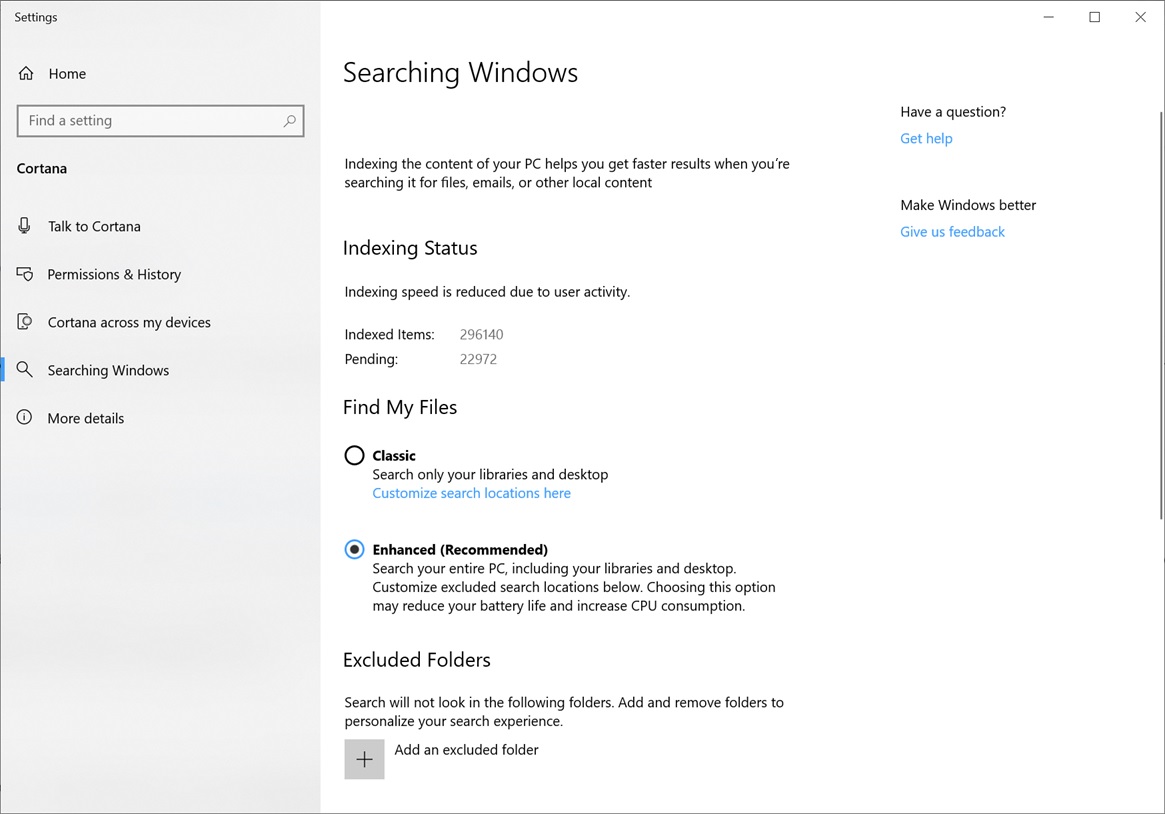 The search feature is not a new thing but in Windows 10 19H1, you would be able to search all your folders and drivers. The searches are no longer limited to documents, videos, desktop, and pictures.

Indexing is a resource-intensive process where the system would find and index all the files for a future search. That means you would be able to find all your files or folders instantly after the indexing process is complete.

This update comes with some improvements for the Input method. You will have the best possible typing experience if you use the Vietnamese language.

Microsoft has added new symbols and special characters for users on the touch keyboard. You need to tap the new ‘Ω ‘ key and to see a number of tabs with lists of symbols.

The Windows 10 Build 18267 is available for download and you can get it by going to Settings > Windows Update > Check for Update.