According to a thread on a forum, the rating stars in Foobar2000 are not working anymore after installing the Windows 10 October 2018 Update. It appears that Windows 10 version 1809 is having font substitution or front font fallback issues where the operating system fails to replace the missing characters from one font with another. 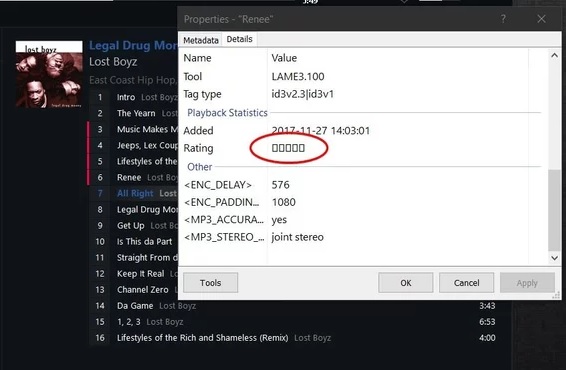 Several users have also documented the problem on Reddit and Microsoft’s software engineer revealed that this is could be a substitution or font fallback error.

“Ah, that to me is glyph substitution, or font fallback per my friend on the font side of the world. Font substitution to me is entirely replacing the chosen font with a different font, versus fallback – picking up characters/glyphs from other possible font sets,” he writes in a Reddit post.

It’s not known how many apps are having this issue but judging from the number of reports, this is not a widespread bug and the majority of apps such as Office appear to be unaffected.