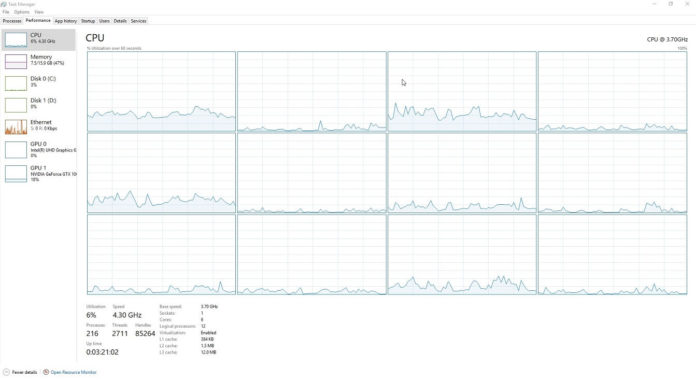 The performance of the PCs was affected for up to 18% due to the Spectre vulnerability found in the processor of PCs. To mitigate such vulnerabilities, Microsoft has enabled “Retpoline” in its next major update Windows 10 19H1.

Currently, Microsoft is shipping the 19H1 updates to Insiders in the Fast and Skip Ahead Ring and Retpoline is enabled by default for the Insiders. This was confirmed by one of the team members of the Windows Kernel team engineer Mehmet Iyigun on his official Twitter handle.

Developer Alex Ionescu discovered that the “Retpoline Kernel” is enabled in Windows 10’s Spring 2019 update and when he ran a filesystem benchmark on Surface Pro 4, he noticed a big improvement in transfer speeds, especially at smaller block sizes.

This was confirmed by Microsoft’s Windows Kernel team in a follow-up tweet:

“Yes, we have enabled retpoline by default in our 19H1 flights along with what we call “import optimization” to further reduce perf impact due to indirect calls in kernel-mode. Combined, these reduce the perf impact of Spectre v2 mitigations to noise-level for most scenarios,” Microsoft’s Mehmet Iyigun explains.

The availability of Retpoline by default in next major version of Windows 10 would mean that the Spectre vulnerability is mitigated to a large extent and now the PC processors will have an impact of less than 3% as against the earlier 30%.

“Retpoline as a mitigation strategy swaps indirect branches for returns, to avoid using predictions which come from the BTB, as they can be poisoned by an attacker,” an expert explains.