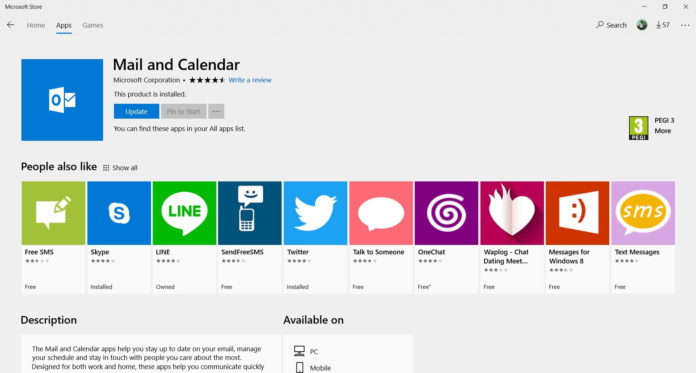 A dedicated To-Do button has been added to the hamburger menu which lets users easily use the To Do application from within the Mail app. Users will now be able to easily launch the To Do shortcut to make a note of something important which comes up in the Mail or Calendar apps.

Microsoft apart from adding a shortcut to the To-Do app has also made some improvements to the dark theme in the message list. The dark mode has now been slightly tweaked and now comes with a grey tone which has been added along with the black accent.

The Mail and Calendar apps have recently received many new features in previous updates with the company adding Fluent Design elements to the application earlier.

The latest Mail and Calendar app update is currently available for Insiders enrolled in the Fast and Skip Ahead Ring and can be downloaded from the Microsoft Store. We expect the software giant to roll out the new features to the all Windows 10 users in the coming weeks or months.