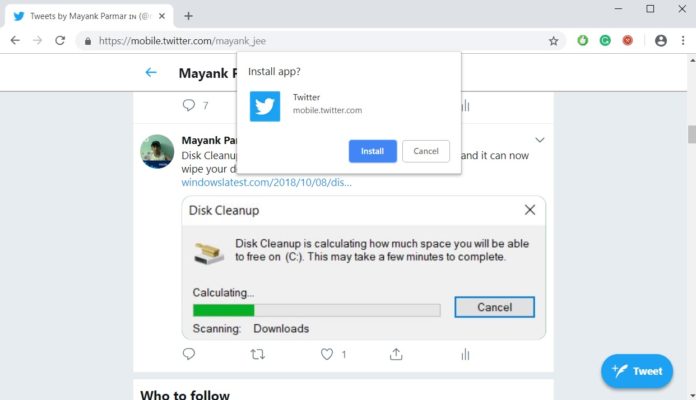 Google Chrome 70 is now available and you can use it to install Progressive Web Apps on your Windows 10 device. Google says that web apps installed on desktop offer an experience much like native apps. The progressive web apps are integrated into the OS and they’re reliable just like the native app because service workers can cache all of the assets.

Google says that the growth of mobile has been strong but the desktop is still growing. Desktop remains an important device to complete your day to day tasks at home and work. The progressive web app accessible through desktop gives users a native feel as the web app is integrated, reliable and engaging.

You can now install Progressive Web Apps on Windows with Chrome

Google Chrome 70 comes with a new feature that lets you install Progressive Web Apps. That means if you open a PWA such as Twitter or Spotify, you can tab on the three dots menu and click “Install Twitter” to install PWA as a regular app on your Windows 10. 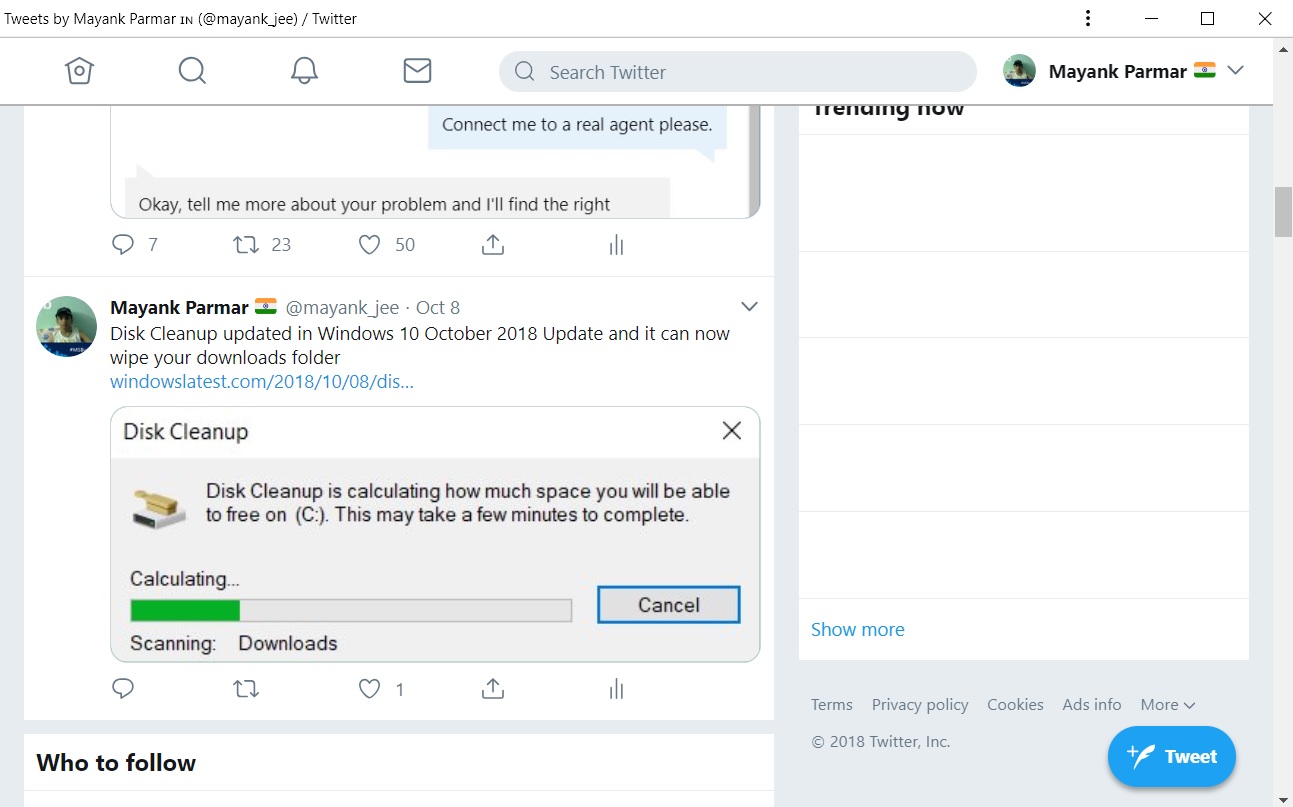 The PWA installed via Chrome opens in the browser window but they look and work like a native app. There are no address bar or tabs. You can also launch the apps via Start menu and run like other installed apps. 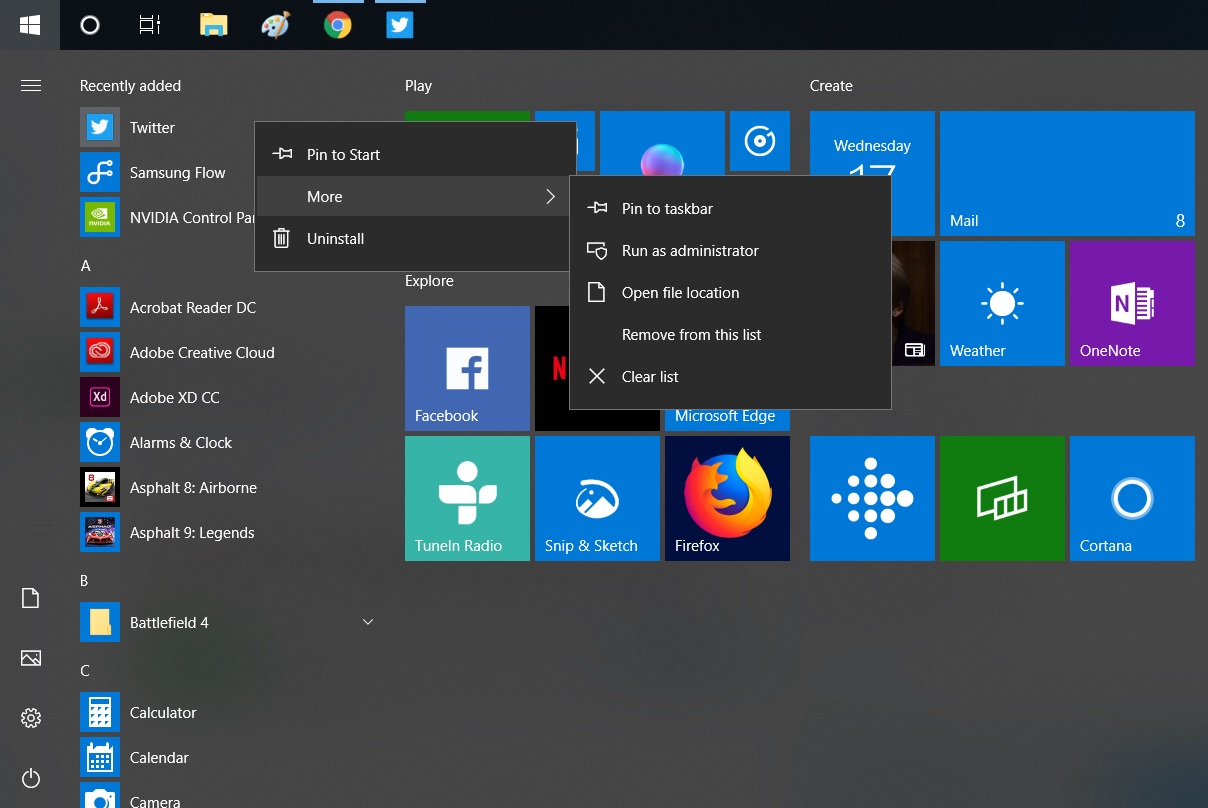 “Service workers ensure that they’re fast, and reliably, the app window experience makes them feel like any other installed app,” Google explains.

Google Chrome 70 is currently rolling out to users with some improvements and security improvements. You can tap on three dots button and select Help -> About Google Chrome to check for new updates.