Microsoft introduced its digital assistant Cortana to iOS and Android users in 2015. This came as a surprise to many but proved that Microsoft was committed to bringing some of its Windows 10 exclusive apps to rival platforms.

Since the introduction of Cortana to Android and iOS users, Microsoft has been working on improving the application. The company has pushed out a new update for its Digital Assistant with version 3.0 for iOS and Android platforms.

The latest update comes with major UI overhaul apart from many other improvements. The update makes Cortana run faster and the UI has now been made simpler. The new UI introduces conversational experiences along with a new place to manage and set up Cortana devices.

You will also have a great music listening experience since the latest update makes playing podcasts easier on the go.

“Just ask Cortana to play your favorite tunes and podcasts with Spotify, iHeartRadio, and TuneIn on your phone or through a paired Bluetooth device,” Microsoft explains.

Microsoft is also introducing support for Skype and Teams which would help users to join the meetings by just asking Cortana to take care of the process. You will also be able to let Cortana manage your calendar and send quick emails by using the voice commands.

The Digital Assistant will also be able to set reminders, timers and create meetings by using the voice commands after the latest update for iOS and Android devices. 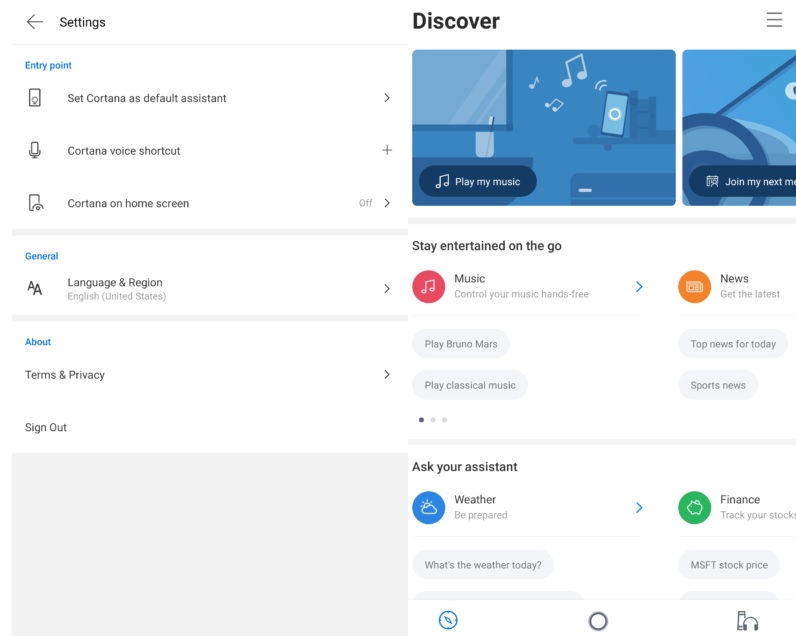 The latest update is currently in beta stage and you would need to be a beta tester to be able to test the new features. You can sign in to the Beta program on Android and download the Testflight app to be able to enjoy the beta features on iOS devices.