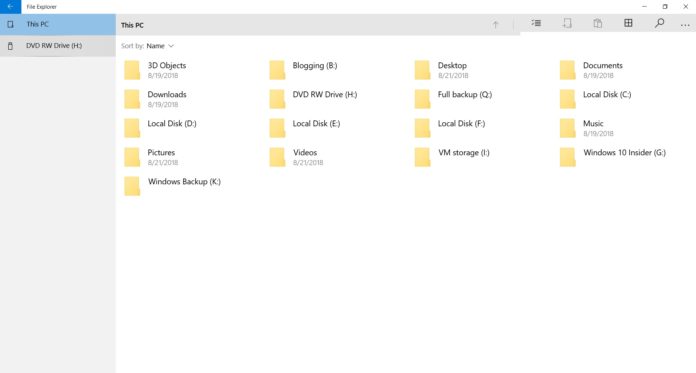 Microsoft has never publicly confirmed that the company is working on Windows Core OS but it’s no secret that the software giant is upgrading apps and other parts of the Windows 10 operating systems to be more modern and adaptive.

Microsoft has quietly updated the hidden UWP File Explorer in Windows 10 version 1809 (Redstone 5) with new features and other improvements. The sources familiar with the development claims that Microsoft is still working on UWP File Explorer as the software maker prepares the apps and services for Windows Core OS.

For those unfamiliar, Windows Core OS is the codename of Microsoft’s upcoming modular platform and it’s supposed to power multiple form-factors including the tablets, dual-screen devices, desktops and large-screen devices.

The UWP File Explorer in Windows 10 Redstone 5 comes with the following features:

The devices such as the rumoured dual-screen Andromeda and tablets would benefit from the stripped down version of the file manager.