As announced at Build 2018 developer conference in May, the users will be able to drag photos from your phone directly to Office documents that they are working on in Windows 10.

Your Phone will also support messages app integration, technically enabling users to send and receive messages on a smartphone and then continue from where they left off on Windows 10 device. 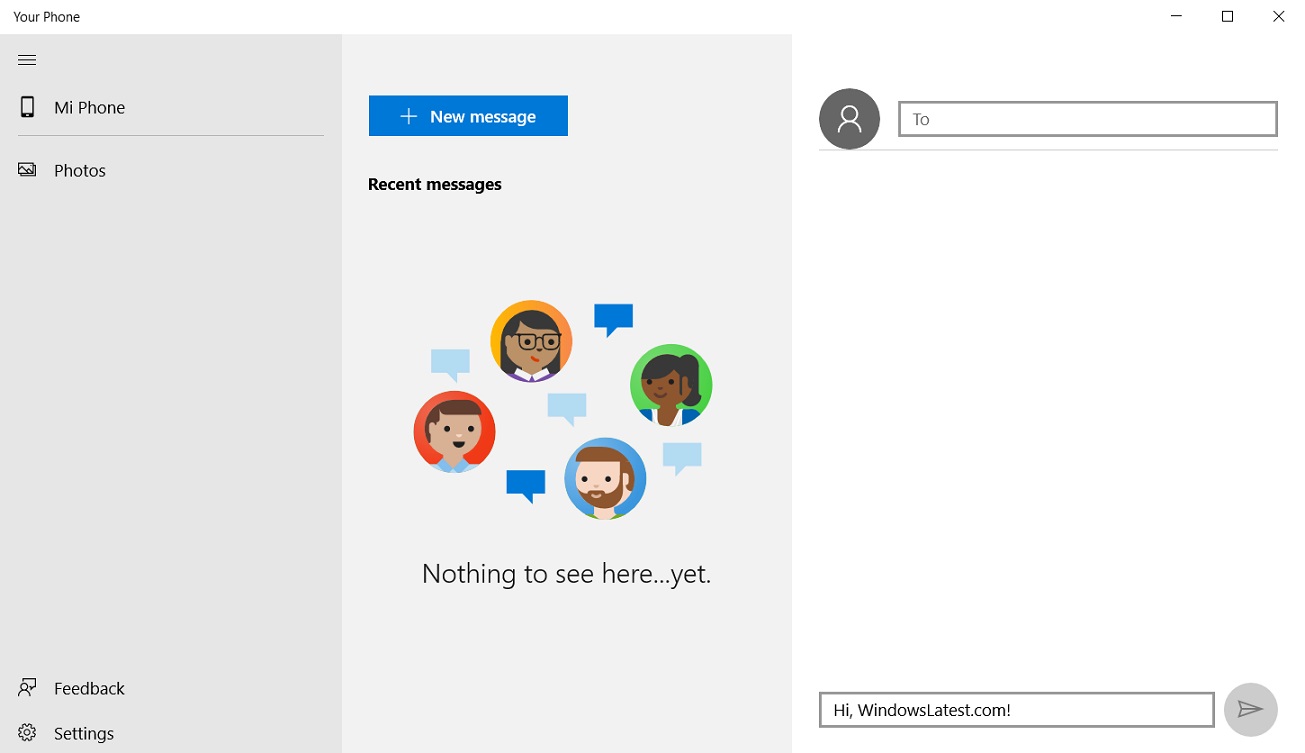 It appears that you can access the messaging feature in Your Phone app but it won’t work now. To preview the messaging interface, you would need to:

Given that Microsoft has abandoned its own mobile operating system, the company is relying on apps and services like Your Phone to keep Android and iOS users connected to Windows 10. 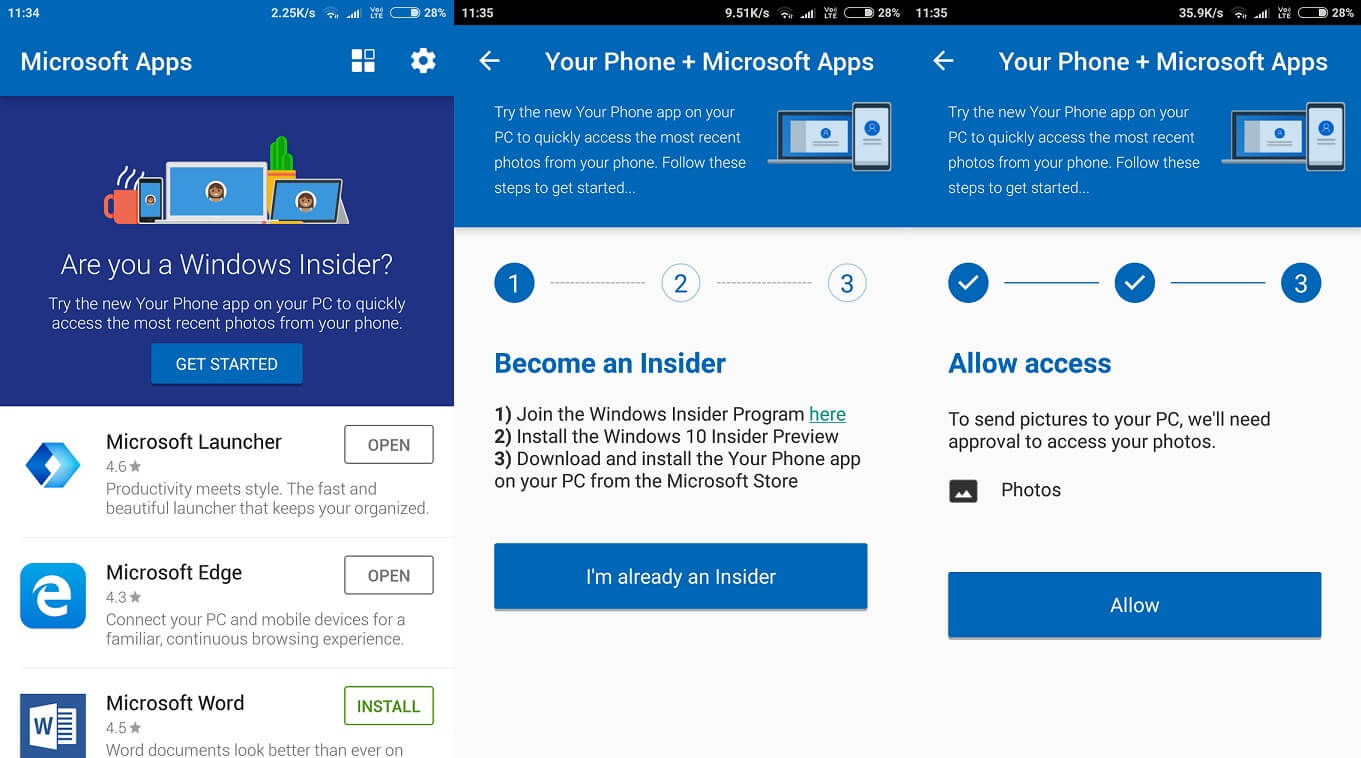 The concept of Your Phone is indeed good but it’s not yet ready for masses. Eventually, Your Phone app would mirror any content from a phone to a Windows 10 PC and it’s in the final stages of development ahead of public release.

Your Phone will also be released for iPhones with Continue on PC support but it won’t be deeply integrated into Windows 10 due to limitations imposed by Apple.

The latest preview build of Windows 10 Redstone 5 has given us a glimpse at Microsoft’s vision of how it plans to integrate smartphones with Windows desktop experience.