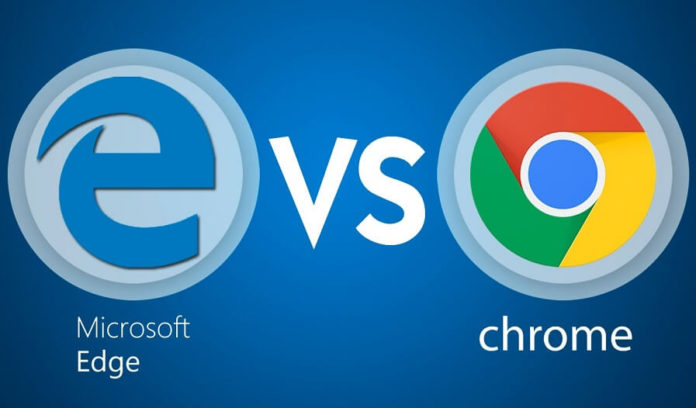 Google Chrome continues to rule the desktop browser market according to the latest data released by NetMarket Share. Chrome has been able to increase its market share month on month and has taken a big stride from its competitors Firefox and Microsoft Edge.

Microsoft Edge’s market share has declined from 4.25 percent to 4.21 percent last month when compared to that of Google’s Chrome browser which has seen a growth from 62.77 percent to 64.47 percent.

The growth of Google Chrome has effected another default browser Mozilla’s Firefox which has seen its growth stagnant for sometime now, however is the most used web browser after Google’s Chrome.

Since its launch on Windows 10, Microsoft has been pushing very hard to make Microsoft Edge be adopted by more users with the company also pushing out the mobile version of the Edge browser on rival platforms iOS and Android.

This step hasn’t helped the growth of Microsoft Edge in terms of percentage and has not been able to challenge the growth of Google Chrome in spite of Microsoft pushing out new features and bringing it on par with the Chrome browser.

We expect Microsoft to keep working on adding new features like the support for Windows Hello to Edge browser and make it a strong alternative to Google Chrome. But in the current scenario Google Chrome remains the number one choice as the default desktop browser for users.