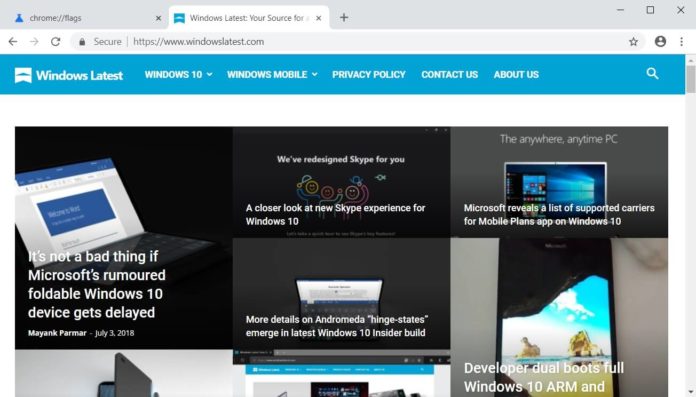 Google has been testing a material design interface on Chrome for quite some time now. These changes are seen in the Google Chrome Canary branch. The changes in the UI are more than just aesthetic improvements. Material UI design would ensure a more user-friendly interface.

Not just the operating system, Google also brought material design to its apps like Gmail, Google +, etc. There is something about the material design that is visually appealing to everyone. It is almost like a breath of fresh air when you see a clean and modern user-interface. The good news is that Google is finally bringing the material design language to Google Chrome on all platforms.

The address bar is getting a new design overall. The ends of the address bar are now rounded rather than the rectangular shape. Tabs will have a rounded appearance which looks way different from the trapezoidal shape it had. Some other changes are single tab mode, Omnibox suggestion icon, tab strip coloring, pinned tabs, and alert indicators as mentioned by François Beaufort.

This suggests that the material design update will be coming soon to the stable version of Google Chrome.