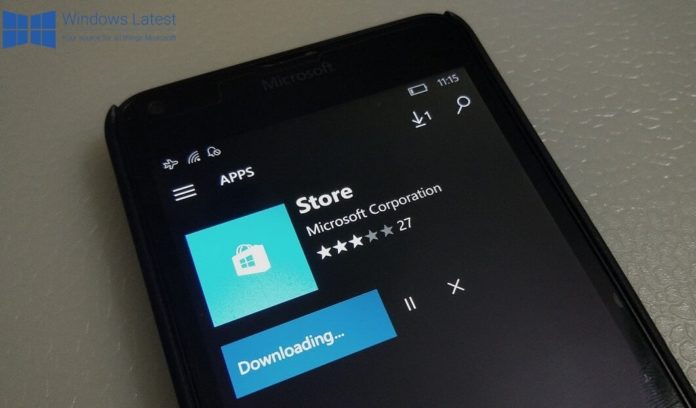 Microsoft today pushed out a new update for its Microsoft Store app for Windows 10 and Windows 10 Mobile. The app has been updated with new features along with the usual bug fixes and performance improvements on both Windows 10 PCs and Mobile.

The latest update pushes the app to new version 11806.1001.5.0 and comes with minor new features. The latest version of the Store app is currently rolling out to Windows 10 users who are enrolled in the Release Preview ring.

After the update, users will now be able to find a new side panel “My Collection” which shows all the applications which are divided into four different sections “All Owned”, “Installed Applications”, “Ready for Installation” and “Download progress”.

Microsoft has made some improvements to the Home screen by providing more space between the content along with a new side icon which shows you the details of the content and modifications made to the Show all icon.

Other improvement made by the Store team is the Windows 10 users will now be able to launch the applications directly from the “My collections” section. The team has also pushed out some fixes for the crashes reported by Windows 10 Mobile users and some tweaks to the hamburger menu have also been made in the latest Store app update.

As reported above the Store app update is being rolled out currently and is available for download for Insiders enrolled in Release Preview Ring on both Windows 10 PC and Mobile. Do let us  know if you find anything new which has not been reported above in the comments below.