Microsoft remains committed to the Edge browser and the company recently announced that they have started implementing support for Google’s WebP image format in Windows 10’s default browser.

Today Microsoft published a new extension in the Store called “WebP Image Extensions” that’s supposed to enable support for the new image format in Edge. It is, however, worth noting that the extension doesn’t seem to be working for all users.

If you install the extension from the Store and try to run it, the Edge browser will still display some gibberish text instead of the image. 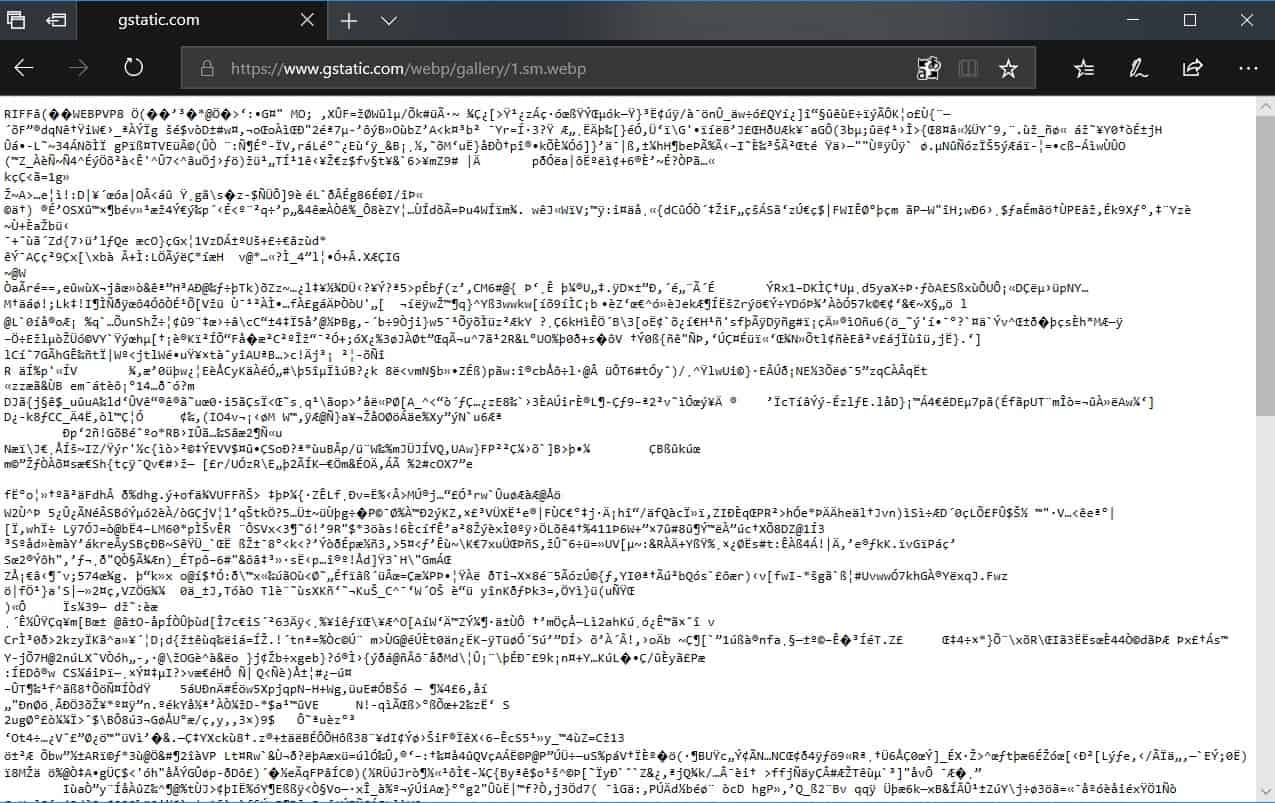 It appears that the feature is still being worked on, and Edge will soon support the WebP image. We are now one step closer.

The WebP image format is currently developed by Google and it’s based on a technology acquired with the purchase of On2 Technologies. Unlike the JPEG and PNG images, WebP is an image format employing both lossy and lossless compression.

The websites are slowly migrating to WebP to create richer images that would also make the web faster. Google says that the images are 26% smaller in size compared to PNGs.

The status of WebP image format was changed from "Not currently planned" to "In Development" https://t.co/GxEkpnOlnM

Microsoft Edge will soon follow in the footsteps of Google Chrome, which already offers support for WebP image format.

You can find the extension here.

Microsoft Edge is slowly getting better with every Windows 10 update, and the company is also testing other features and improvements.

Microsoft Edge will be getting a major update with the arrival of new Windows 10 Redstone 5 update that is projected to see daylight in the fall. This means Microsoft has enough time to improve the new Edge before the public release.

Microsoft Edge is still not on a par with Chrome in terms of features, but it’s more battery efficient than Chrome. Without a doubt, Microsoft Edge will continue to evolve before the Redstone 5 update gets the release date. You can expect more features to be included in the next preview builds.

It’s worth noting that Google Chrome is still the most popular web browser on Windows operating system, and Microsoft Edge is in the fourth position with close to 5% market share.