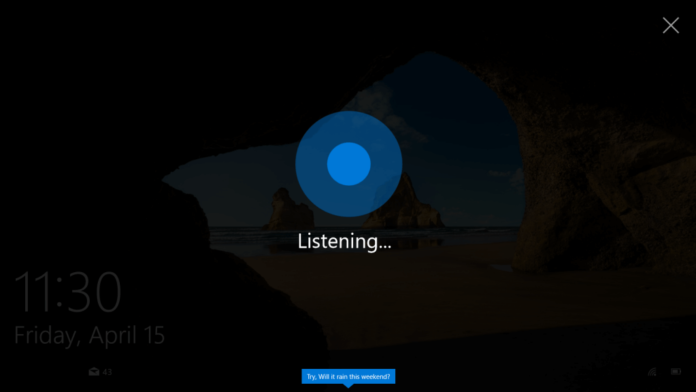 While Windows 10 is growing, the market share of Cortana has not increased considerably. Amazon’s Alexa which neither had a mobile nor a PC presence was able to gain attention with its smart speakers which became popular. The smart speakers trend were immediately followed by Google, Apple and other OEMs including Microsoft, but Cortana yet again failed to increase its presence in the consumer market.

However, when looking at the usage of Voice assistant for businesses with AI-powered smart chatbots there is a clear contrast between the business and consumer market share of Cortana. In the business market, Microsoft’s Cortana is leading the race followed by Apple’s Siri for Voice Assistant who are ahead of other competitors by a larger margin. A recent report from Spiceworks with about 500 IT companies in North America and Europe shows that Cortana and Siri are among the topmost used voice assistant for powering the bots.

Of those companies which are using at least one AI-powered chatbot service, 49% uses Microsoft’s Cortana and 47% uses Apple’s Siri while popular Assistants from Google and Amazon are far behind and doesn’t look to be coming neck to neck with the leaders in the recent times. Microsoft had started their own chatbot framework quite early and added it to their video messaging service Skype. It looks these businesses data for Smart Assistants are the fruits of their early adoption of the Bot framework.

Microsoft has recently started testing a couple of new features in Windows 10’s Cortana and the company a while ago announced that it would bring its own digital assistant to Amazon’s Alexa platform.