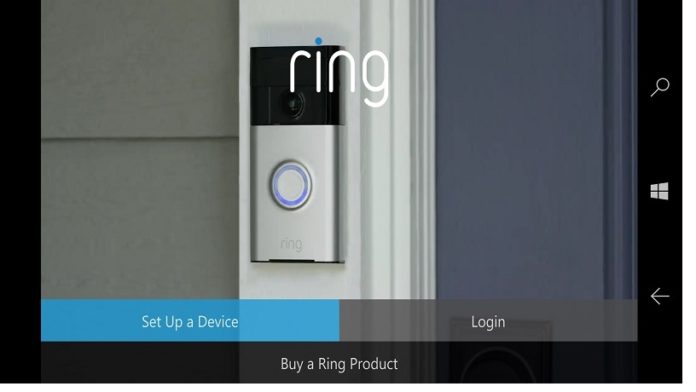 The app used the WiFi or cellular networks to directly stream audio and video footage from the Ring Doorbell to their devices. A Reddit user has posted about the mail he received from Ring about the Windows 10 Mobile app. The Ring has also informed their consumers via an Email that the current app will no longer work on their Windows 10 mobile smartphones after April 10, 2018. They have requested the users of Windows 10 Mobile to either switch to iOS or Android or can also use the Windows 10 app.

“We’re reaching out to let you know that the Ring App will no longer work on Windows 10 mobile devices after April 10, 2018. However, you can still monitor your home and review Ring videos with any desktop computers, laptops and tablets equipped with Windows 10 Fall Creators Update (Version 1709) or newer. If you purchase a new Ring device in the near future, it will need to be setup on an Android or iOS mobile device,” the company said.

Its not new to users of Windows 10 Mobile since Microsoft has themselves given up their mobile OS and user of the Ring Video Doorbell app who doesn’t intend to buy a new phone can still monitor your home and review Ring videos with their Windows-powered desktop computers, laptops and tablets and running the latest version of Windows 10 i.e. the Fall’s Creators Update (Version 1709).

You can continue to use it until the defined deadline date and then neither can you use the installed app nor you will find it in store for installing. You can download the Ring Video Doorbell Windows 10 app for your PCs or laptops from the store here.