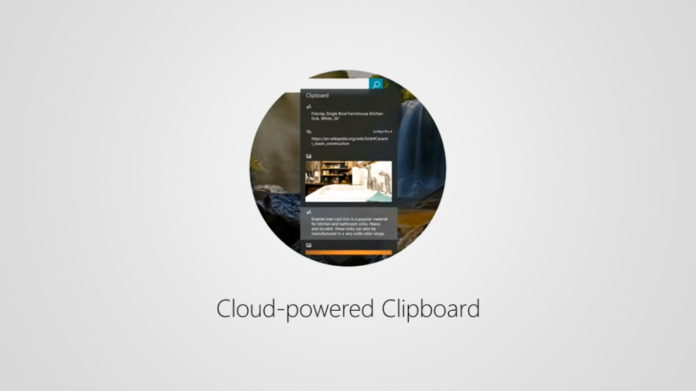 Last year at Build, Microsoft announced the Fall Creators Update. This update was supposed to bring several new and exciting features with it which never made the cut. This included Windows Timeline and Cloud-powered Clipboard.

However, the next Windows release which is Redstone 4 aka Spring Creators Update comes with Windows Timeline. Although it has been two major release since the announcement, Cloud-powered Clipboard is still behind Microsoft’s closed doors. But with Redstone 5, we’ll finally see this feature making the cut.

For the past few weeks, Microsoft has been rolling out Redstone 5 builds to insiders in the Skip-Ahead Ring. There were no big features so far but we might see a big one coming really soon.

With the Redstone 5 build 17623, there is a new option called “Clipboard” found in Windows 10’s settings app. This is very obvious that this settings page points at the most awaited Cloud Clipboard feature. 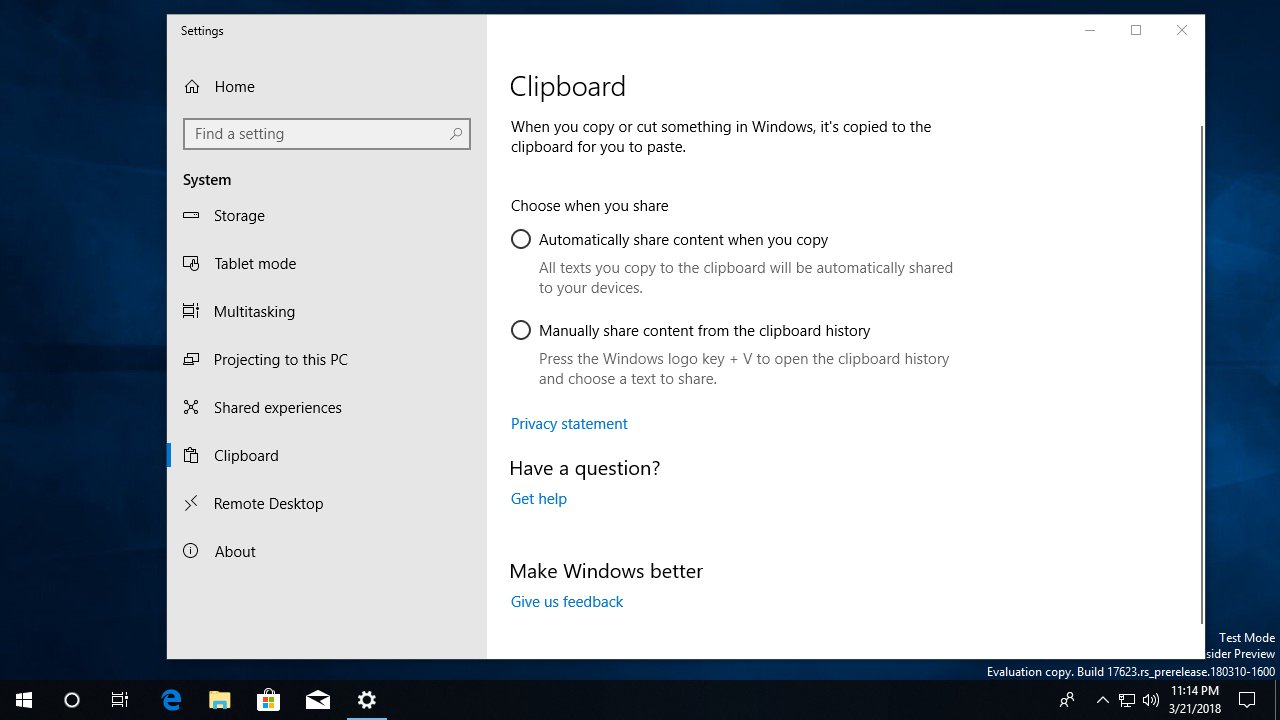 Speaking of the feature itself, Cloud-powered Clipboard allows the user to copy/paste data across devices. This feature is very similar Apple’s “Universal Clipboard”. But unlike Apple’s solution which restricts users to Apple devices only, Cloud Clipboard would allow users to copy/paste across any Windows, Android or iOS devices. However, on non-Windows devices, this feature would rely on Microsoft’s mobile apps such as Microsoft Launcher and Swiftkey.

This feature was certainly among the most anticipated features for Windows 10. There was some disappointment among the Windows community when the feature was canceled twice in the past. However, unlike features like the “floating Cortana” which was announced 3 years ago in 2015 which seems to be totally forgotten, it is good to see Cloud Clipboard finally making the cut for Redstone 5 which is due in October this year.