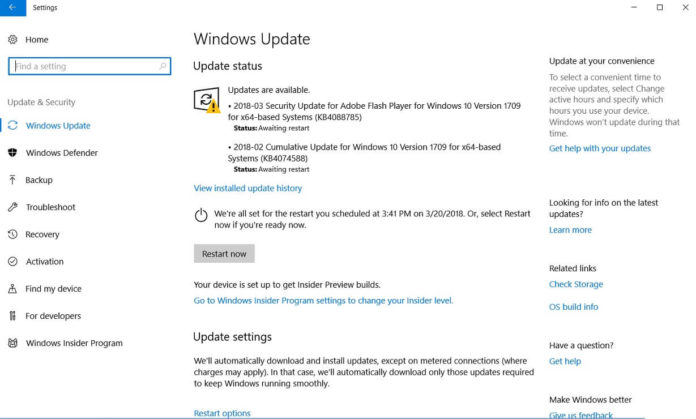 Windows 10 KB4088776 is available for all devices running the latest Fall Creators Update (version 1709). While the cumulative updates are supposed to fix the issues reported by the users, the latest Build 16299.309 appears to be causing more harm than good. Microsoft’s March 2018 patch Tuesday update fails to install on some computers, with users reporting about an error message displayed on their screen.

The affected device would reboot and then it starts downloading the update one more time. While for some users, Windows 10 KB4088776 won’t install at all and the system would not display any error message. It’s not exactly clear what’s stopping the system from upgrading to the latest version of Windows 10.

It’s worth noting that the clean installation of Windows 10 would not help, as KB4088776 will still fail to install. Microsoft is yet to acknowledge the bug, and if the bug is affecting a lot of users, you can expect a hotfix to arrive sooner than expected.

March 2018 cumulative update for Windows 10 fixes a lot of bugs, for example, Microsoft has fixed the issues with Edge browser and Internet Explorer. This update is only available for Fall Creators Update, also known as version 1709.

Windows Update might report that your PC failed to install the updates, but you can manually cross-verify the bug by checking OS build number, located in Settings -> System -> About.