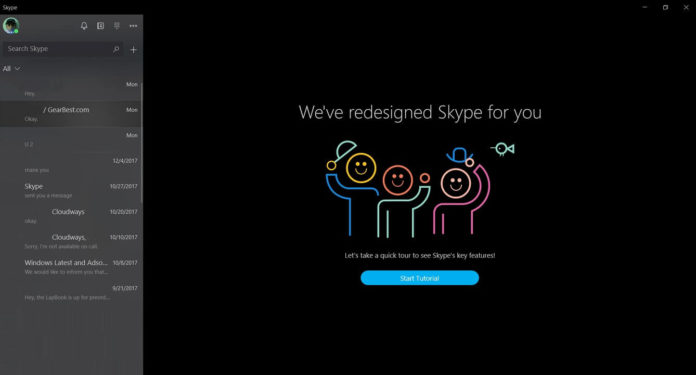 Microsoft’s Skype for Windows 10 is today receiving a new update for PCs and Tablets with improvements. The new update released for Windows 10 version of Skype is only available for PCs, the new version comes with the ability to watch videos and listen to music together at the same time.

Windows 10’s Skype UWP app is still missing some features, even though it’s one of the most up-to-date Microsoft’s first-party apps in the Store. For some unknown reasons, this update is not yet available for Windows 10 Mobile but it might be released in the coming days.

Skype for Windows 10 has been updated to version 12.1807.264.0 and it comes with the ability to share PC’s audio when you share your desktop. You can finally watch and listen to both videos and music together. Another feature lets you see your images without leaving the app, all you need to do is tap on an image in a conversation and it would enlarge. Lastly, Microsoft has also added ‘send a feedback option’ on the left navigation bar.

And last but not least, there are improvements in terms of performance. The Skype UWP experience on Windows 10 seems better than ever before. This update appears to be available for all Windows 10 users and can be downloaded from the Microsoft Store.