Microsoft is today rolling out an updated version of Skype for Windows 10 PCs, Tablets and Phones to the non-Insiders. This update has finally added the acrylic blur elements from the Fluent Design System in the sidebar, while no changes are noticeable on Windows Phones.

Last month, Microsoft rolled out a new update to its Skype UWP app for Fast Ring Insiders and today the company is bringing the new version 12.10.572 to the general users. With this update for Skype app, Microsoft has added the acrylic blur effect in the sidebar.

Microsoft introduced the new design language ‘Fluent Design’ with the Windows 10 Fall Creators Update and the company is still working on to advance the Fluent Design System. 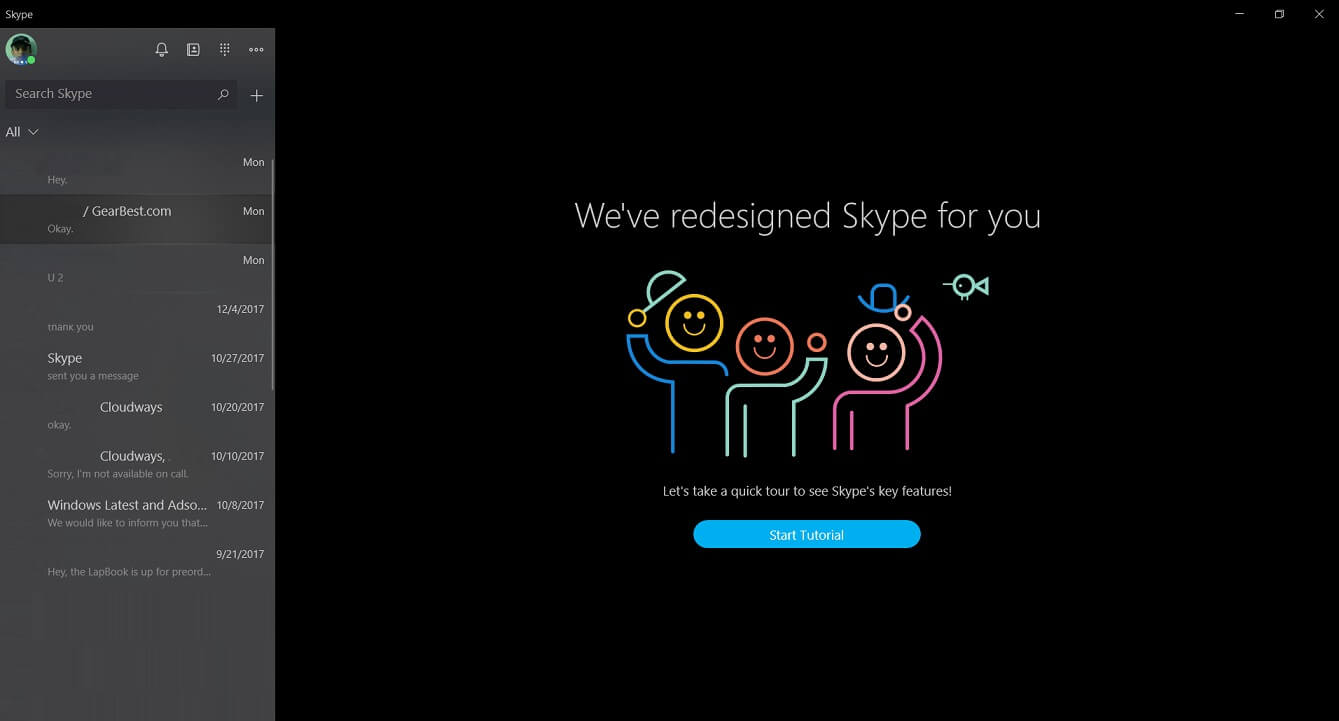 Codenamed Project NEON, Fluent is a new design language that brings a major set of visual refinements to Windows 10, including new animations. The other Fluent Design elements will become available for Windows Insiders in the coming builds and app updates.

Recently Microsoft added a number of other improvements in version 12.9.604.0 of the Skype app. The company added a new notification panel, that lets you quickly jump back into conversations to see reactions to your messages and @ mentions. The other changes were: