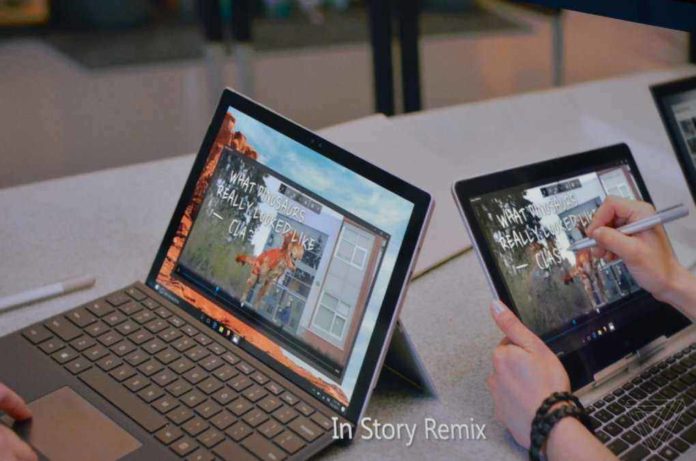 The Story Remix is an evolution of the Photos app, it uses Microsoft’s machine learning technology to add special effects to the images and create video stories using the photos. The best part of the feature is that it will automatically create the stories using the photos stored on your PC. You can also edit the stories and add special effects, soundtracks just like Windows Movie Maker. Furthermore, Microsoft has also released a database that contains 3D objects which could be inserted into the photos.

The feature was supposed to be exclusive to Fall Creators Update but it seems Microsoft might release Story Remix for Windows 10 devices with Creators Update. Microsoft has released an update to Photos app on the Release Preview Ring that adds Story Remix. It could be possible that the update will be later pushed to the general public.