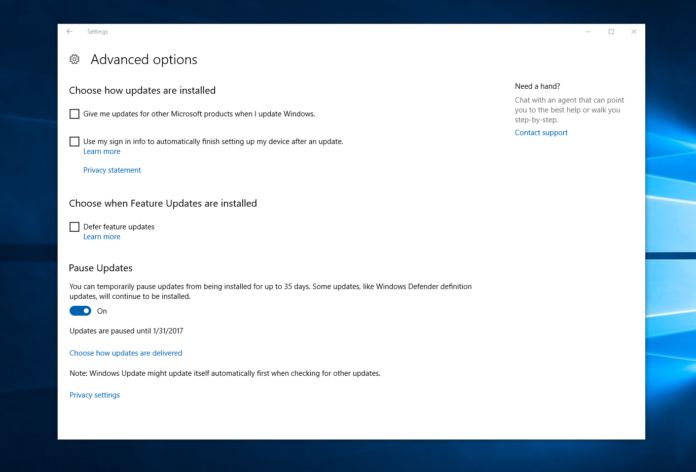 Not only this Microsoft had yesterday pushed a new update for Windows Insider on Slow Ring. While it is the same update as that is available for users in production ring but this update also includes a new Framework for targeting users for Windows update. This new framework will be used when the users will be installing the upcoming the builds of Fall Creators update. So now when Microsoft would release a new Windows 10 Fall Creators Update build for the Windows Insiders in the Slow ring, they can wait to be targeted to install the new build.  There will also be the option of manually checking for updates if Insiders don’t wany to wait for this new framework of Windows Update to targets them.