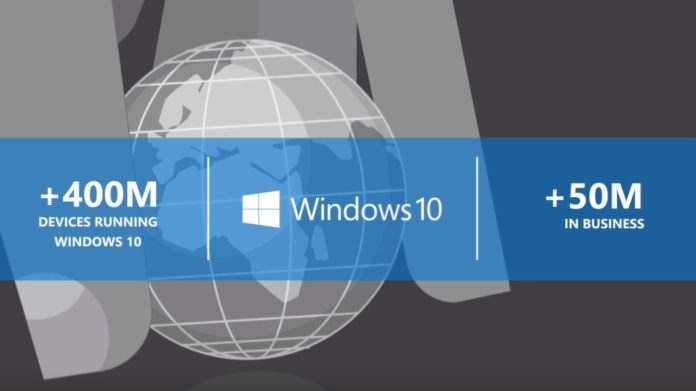 Microsoft has announced at build 2017 that Windows 10 is now running on 500 million PCs. Then Windows 10 was launched Microsoft had expected 1 billion user in 3-4 years. Considering that they have already achieved half of their goal it won’t be difficult for them to get the other 500 million since now enterprises have started to adopt their old PCs to Windows 10. According to a video released by Microsoft currently out of the 500 millions only 50 million business users are using the Windows 10 which means a lot of PCs in enterprises are still running older version of windows.

One of the reason why lesser business have adopted it because at the launch of any operating system businesses are worried about the initial bugs and issues to avoid any  harm to their data and bring their work to halt. Now that Windows 10 is mature enough after 2 years enterprises have started to adopt Windows 10. And also since the support for the popular operating system Windows 7 will be going to end in 2020 enterprise customers would be now thinking to migrate their older PCs to the latest operating system. After the ransomeware attack a couple of weeks ago it is now more and more important for the buisnesses to jump to Windows 10 to avoid any such attacks in future.