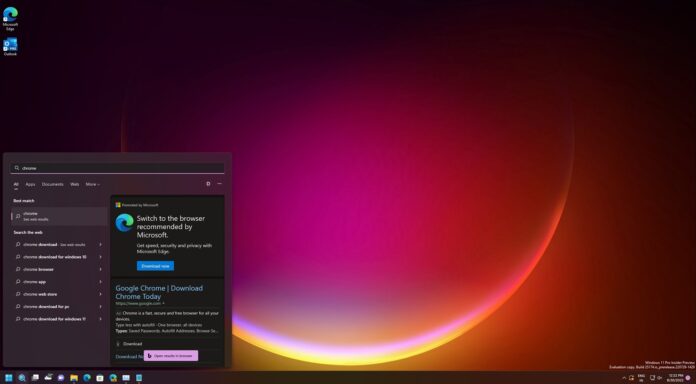 The Start menu is now placed in the middle of the taskbar and it also comes with a search bar at the top. When you click on the search bar, Windows 11 automatically switches to the Windows Search interface, showing results of both – local apps, files, and pictures as well as Bing web suggestions.

Windows 11 is now apparently showing ads within the search results which are attempting to persuade people to keep using Microsoft Edge when they try to download Chrome. This is yet another move to promote Windows 11’s Microsoft Edge, which could irritate people as these ads are seemingly becoming part of the core user interface. 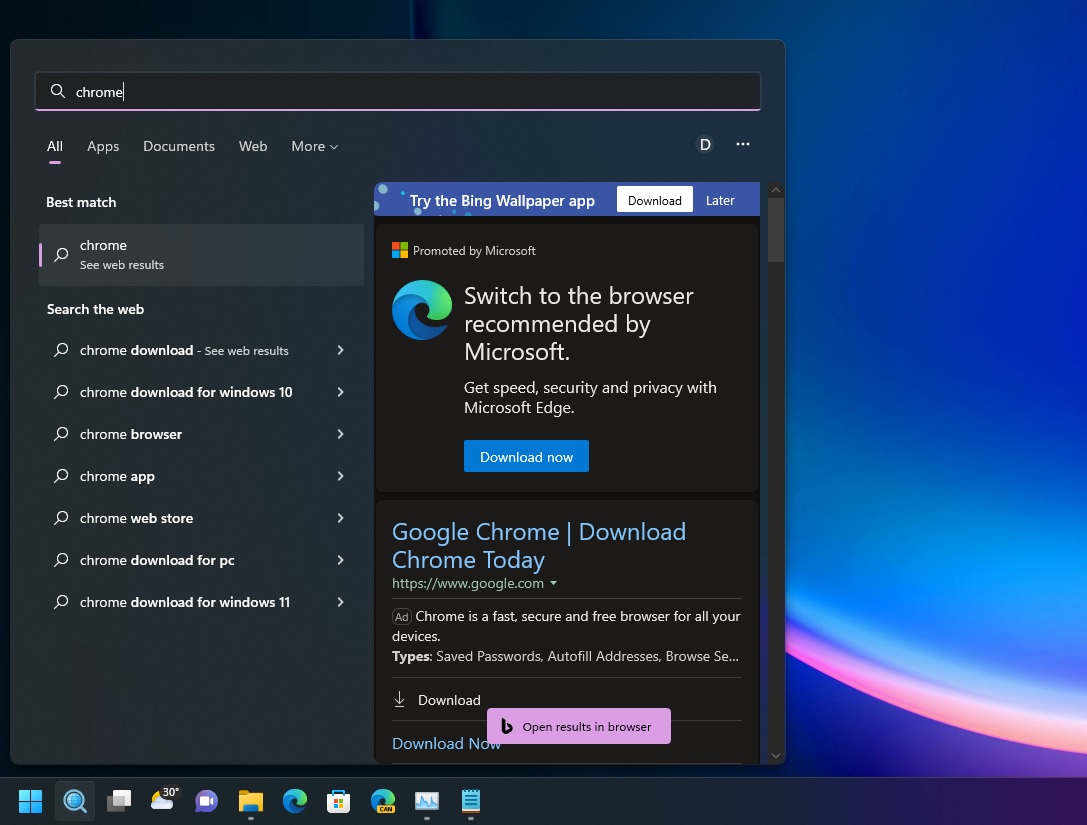 If you search for Chrome or Firefox, you’ll see an advert in the panel that pops up on the right side. Microsoft is targeting two keywords – Chrome and Firefox. For some reason, the same advert won’t show up when you search Opera, Brave, Vivaldi and other web browsers.

Jensen Harris, the co-founder of Textio and former Microsoft Office designer, took to Twitter to express his disappointment over Microsoft’s design choices. In a series of tweets, Harris explained how Windows 11 is unable to deliver the flagship Start menu experience that we all expect.

“What is going on with the Web 1.0 Geocities-era banner ad for a “Bing Wallpaper app”? Honestly, it looks like I was infected by a virus. The text is misaligned and it’s sitting on top of a Windows Vista-era background,” Harris tweeted.

“Design matters. Details matter. Especially in UI as iconic as the Windows Start menu. I remember the team creating a special ligature in the Segoe UI font (used in Windows) to make “S” and “t” align beautifully for the word “Start”. That’s how important Start was to Microsoft,” he added.

Ex-Windows engineer also has some gripes about ‘Bing wallpaper‘ app ads within the Start/Search panel, and how some areas of the OS are using both rounded corners and sharp edges. 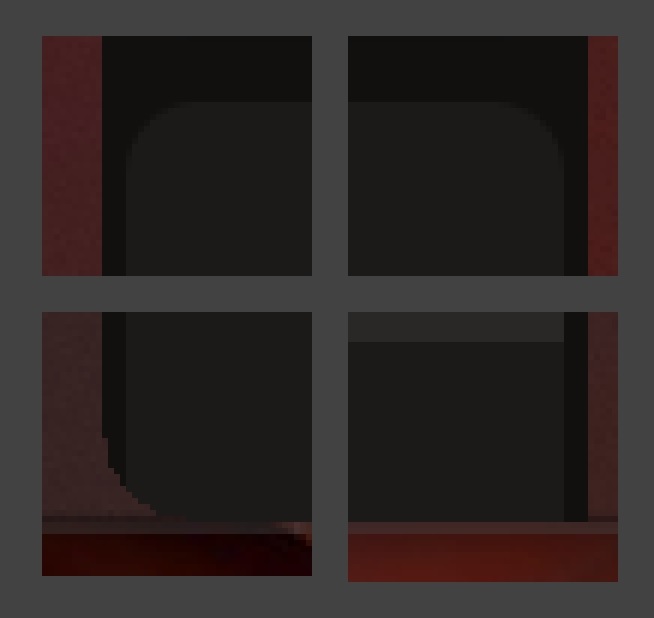 The former Windows engineer shared some examples of design consistency issues with the Start menu, as you can see in the above screenshot.