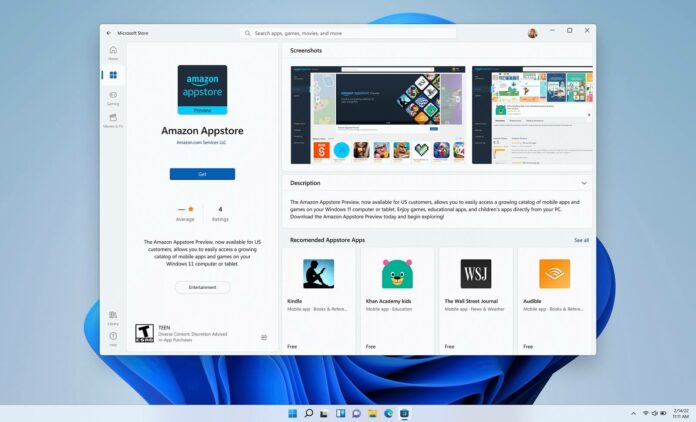 During the Build 2022 developer conference, Microsoft made a big announcement on Windows Subsystem for Android (WSA) front. The tech giant revealed a new version of WSA based on Android 12.1 and promised frequent updates via the Windows Update / Microsoft Store.

For those unaware, Windows Subsystem for Android is built on top of the Android Open Source Project (AOSP) and it originally shipped with version 11. While Android 11 works very well with WSA, Microsoft believes it is the right time to update to Android 12 L aka version 12.

WSA now runs Android 12.1 and it’s one of the biggest changes in this release, but there are more improvements.

Native apps on Windows can access connected network devices like cameras or speakers, and the same functionality is now available for Android apps. Likewise, Microsoft is taking the Android integration in Windows 11 to the next level by detecting when Android apps use the microphone, location, etc.

When an Android app is using any of these hardware features, Microsoft will notify you by displaying an alert on the taskbar, as it would do with a native Windows app. Microsoft has also improved notifications from Android apps to better integrate with Windows 11’s notification center.

Here’s a list of all new features rolling out to WSA:

Last but not the least, Windows Subsystem for Android now supports improved video hardware decoding with VP8 and VP9 formats.

There’s another important change that would improve the web experience within the Android apps. As per the release notes, WSA’s built-in WebView has been updated to Chromium 100.

Regarding its availability, WSA’s new version is rolling out to everyone in the Insider Program and it will become available in the production over the next few weeks.

In related news, a new version of the Microsoft Store was released yesterday with better Android integration on Windows 11.