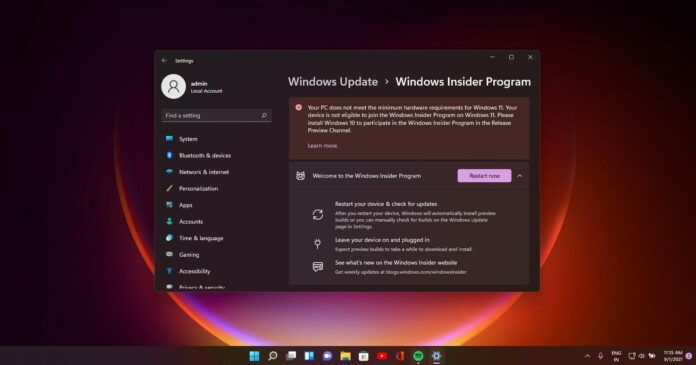 A new Windows 11 update is now available for users in the Beta and Release Preview Channel. Unlike the previous update which added quite a few new features, today’s release is all about quality improvements.

For those unaware, Release Preview Channel allows the company to test builds ahead of the general rollout in the production channel. It’s a optional preview build and users will recieve the same set of fixes in April 2022 Patch cycles.

This can help in situations where you recieve identical notifications like alarm or calls. It can also be particularly useful when you’ve an alarm and reminder set for the same time.

For example, you’ll be able to see both reminder and calls  at the same time. On top of the three high-priority notifications, Windows 11 will also display a regular notification.

As mentioned, Windows 11 build 22000.588 is not a big release and it includes nothing that stands out. However, there are multiple bug fixes, including a fix for an issue where UWP apps wouldn’t launch at boot.

Remember that Build 22000.588 is available for Windows Insiders only and it will be rolled out to general consumers as a optional update soon.

Microsoft is currently not aware of any new issues in this update, but users reports suggest that a design glitch could hide Start menu abruptly when you move cursor near the Start button.

This happens when Start menu is aligned center and it can be resolved if you disable widgets button.