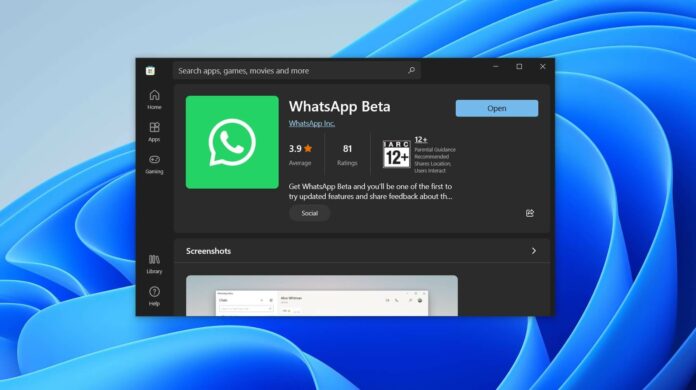 Meta-owned WhatsApp has been working on a new XAML based desktop app for Windows 11 and Windows 10. The app showed up on the Microsoft Store in early November and it is now officially available for beta testing, with a new update rolling out today via the app store.

WhatsApp UWP is still in the beta stage and it can be downloaded from the Microsoft Store on both Windows 11 and Windows 10. It is believed that the new desktop app is based on XAML and WinUI, and Facebook ditched Electron-based web components for better performance.

In terms of performance, this new WhatsApp experience is better than the WhatsApp web and its design is quite similar to the Windows Phone app and WhatsApp web. As mentioned above, WhatsApp UWP beta is still in the early stage of development, so you won’t find any advanced features like support for status.

To install the new WhatsApp, head to this link of the Microsoft Store. Simply click on the “Download” button, but make sure you have the latest build of Windows 10 and Windows 11.

It’s also worth noting that you can run WhatsApp Beta UWP alongside WhatsApp desktop or web app. 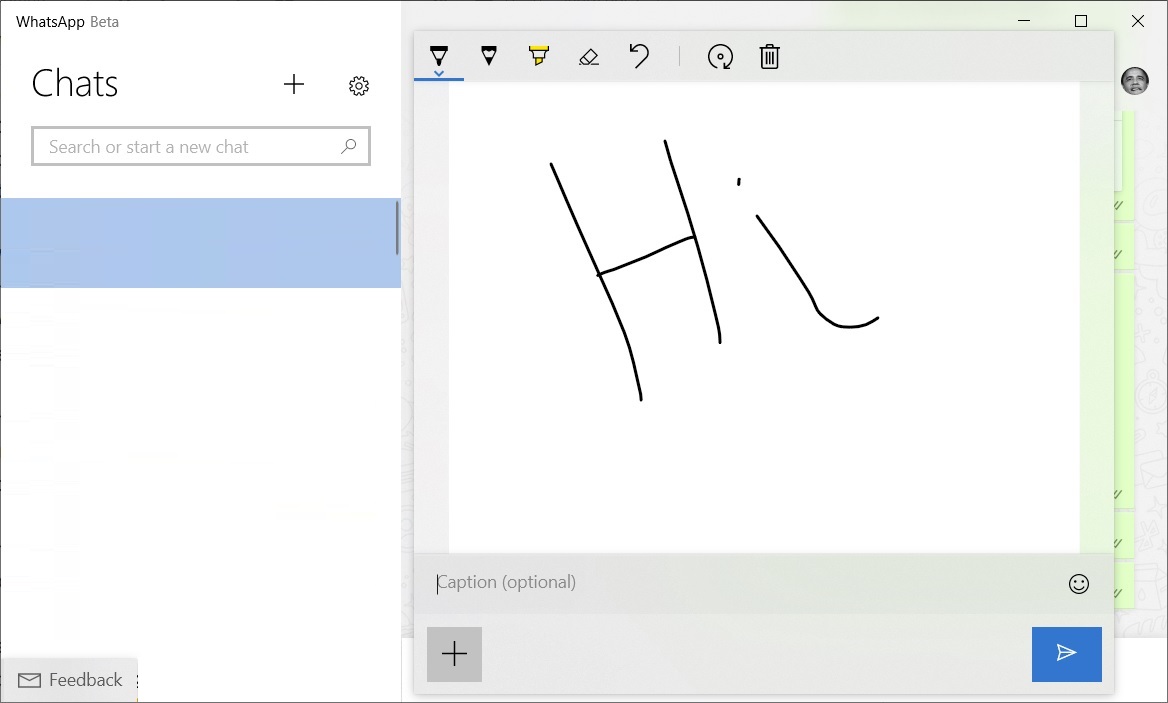 On Windows 10, you will notice acrylic transparency in WhatsApp, which enables a more native experience and it also aligns the interface with the modern design improvements updates available in Windows 11.

Meta is also working on support for Windows inking. To use the inking feature, simply click on the attachment button and click on “inking”. This is an excellent tool for those using touchscreen, but it will also work with a mouse or touchpad.