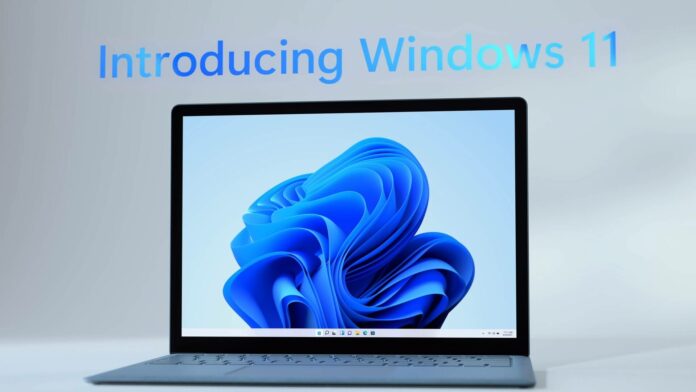 In the midst of the pandemic, Windows is seeing a surge in popularity, and understandably, Microsoft is introducing Windows 11 to keep up as a result.

Microsoft’s Windows 11 requirements haven’t been communicated well and some users are unsure if their devices can be upgraded to the new operating system. As we reported recently, Microsoft has posted a video explaining the new requirements and if users can bypass these restrictions.

For those unaware, Windows 11 currently supports Intel’s 8th generation processors or newer, AMD Zen 2 or newer, Qualcomm 7/8 Series. Microsoft is confident that only devices with newer processors will meet [its] principles around security and reliability for Windows 11”, and older devices will be blocked.

The company is planning to check your hardware compatibility using Windows Update before you can install Windows 11, and a compatibility error will appear on the screen if your device fails to meet the requirements.

Representatives from Microsoft explained that they understand it’s frustrating when your device isn’t going to be eligible for Windows 11, but they’re enforcing these policies to ensure a quality experience.

Microsoft noted that Windows 11 is a big upgrade with a focus on security, and these requirements ensure better performance and security.

Microsoft has confirmed that traditional bypass methods will not work. While users can remove feature updates safeguards on Windows 11 by modifying the Group Policy, Windows 11 minimum hardware requirements cannot be bypassed via a group policy edit, according to Microsoft:

That group policy will not enable you to get around the hardware enforcement for Windows 11. We’re still going to block you from upgrading your device to an unsupported state since we really want to make sure that your devices stay supported and secure.”

As you can imagine, people aren’t happy with Microsoft’s vague explanation. In the comments of Microsoft’s video, people are basically yelling at the tech giant to reverse these requirements.

Some users said that “Windows 11 will be another Windows 8”, while others criticized Microsoft’s explanation of minimum requirement. “These requirements are just a marketing ploy” by Microsoft, another user stated.

At the time of writing, the unlisted video on YouTube has not been well received by Microsoft customers and it has been disliked by more than 300 people.

Comments on Microsoft’s video have now been disabled.

It is very much likely that developers and users will eventually find a way to bypass all requirements. For example, it would be possible to bypass requirements by modifying the installation media (.ISO).