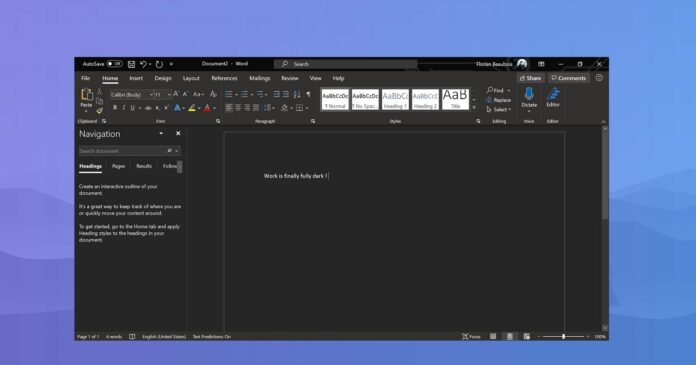 Microsoft on Wednesday announced that it plans to replace Calibri as the default font in the Office suite.

The company wants users to select the new default font for Office apps by casting their vote and feedback. Microsoft has announced five contenders for the default font style – Tenorite, Bierstadt, Skeena, Seaford, and Grandview.

While Office is getting a new default font, Microsoft confirmed that Calibri just wouldn’t go away. There are ways in Word and other Office products to change the default settings to anything you want. If you don’t like the Calibri successor for some reasons, you can always switch back when this change takes place in future.

Microsoft officially noted that they’re listening to user feedback and they’ll be evaluating five fonts over the next few months. These new fonts are currently available for testing via the cloud across the popular Microsoft 365 apps, such as Word, PowerPoint, etc.

We need to talk. What should our next default font be? pic.twitter.com/fV9thfdAr4

A lot of effort has been put into designing these fonts and getting them ready for Microsoft Office. For example, Microsoft has worked with five independent designers to craft the new fonts. This includes world-renowned typographer Tobias Frere Jones, who helped create custom fonts that could replace Calibri as the default.

Likewise, Tenorite font has been created by Erin McLaughlin and Wei Huang and it would be easier to read at small sizes onscreen.

At the moment, it’s not yet clear when the default font will be finalized, but the company has promised that it’ll look into user comments posted on social media before changing the default font.