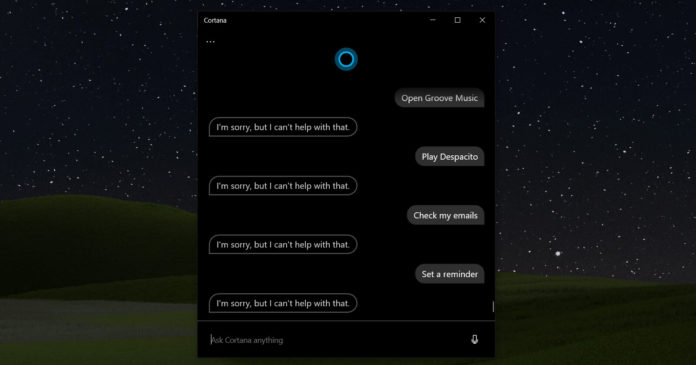 Cortana on Windows 10 has been updated as a productivity tool and it is now an integral part of Microsoft’s vision for conversational computing and productivity.

Voice assistants are a great convenience when they work as intended. A wide choice of assistants has risen over the past few years, including Cortana, Alexa, Siri, and Google Assistant, but Cortana didn’t become as popular as the rival digital assistants.

As a result, Microsoft has been moving away from consumer-focused features and the assistant is slowly turning into a tool exclusively for productivity that will work best with a Microsoft 365 subscription.

Cortana is now a regular system app that can be updated through the Microsoft Store in Windows 10 version 2004. Cortana also comes with a new chat-based interface, improved keyboard support, and you can also move it around the desktop.

If you’re not planning on using the assistant, you can now easily remove it from Windows 10 May 2020 Update. Before uninstalling Cortana, make sure that you right-click the taskbar and disable the Cortana button feature.

How to uninstall Cortana

To remove Cortana from Windows 10 after upgrading to version 2004, follow these steps:

Once you complete the above, you’ll no longer find Cortana as an installed app on Windows 10 or within the system settings.

Do note that this hack doesn’t get rid of all traces of Cortana. You’ll still have the Cortana button in the taskbar, but you can always turn it off from the taskbar’s context menu and ignore that option.

Also, Win+C shortcut will do nothing after removing the Cortana app, but you can use PowerToys Keyboard Remapper and reuse the shortcut for other Windows features.

For example, if your caps lock key is broken, you can configure PowerToys to enable caps lock when you press Win+C.

If you would like to restore Cortana functionality, simply head to the Microsoft Store and download the assistant again.