Intel has released updated Wi-Fi and Bluetooth drivers for Windows 10 May 2020 Update and older. The drivers were evidently published on August 4, 2020, but have just started rolling out to some users.

The Wi-Fi driver update from Intel appears to mostly address ‘Blue Screen of Death’ issues encountered on some devices. On the other hand, the Bluetooth driver update comes with general performance and security improvements.

It’s worth pointing out that Intel’s updated Wi-Fi driver is not yet widely available for users and Intel might push the driver to more devices in the coming weeks once the gradual rollout period is over.

Intel says the latest Wi-Fi driver for Windows 10 addresses Blue Screen of Death errors caused by the older drivers and when users resume their laptops from Sleep mode.

Intel is rolling out the driver update for the following adapters:

To determine whether your device is eligible for the update, open the Device Manager, click on the “Network adapters” and expand the branch. If you have one of the above-listed Intel adapters, then you’ll be able to download and install the new drivers in the coming weeks. 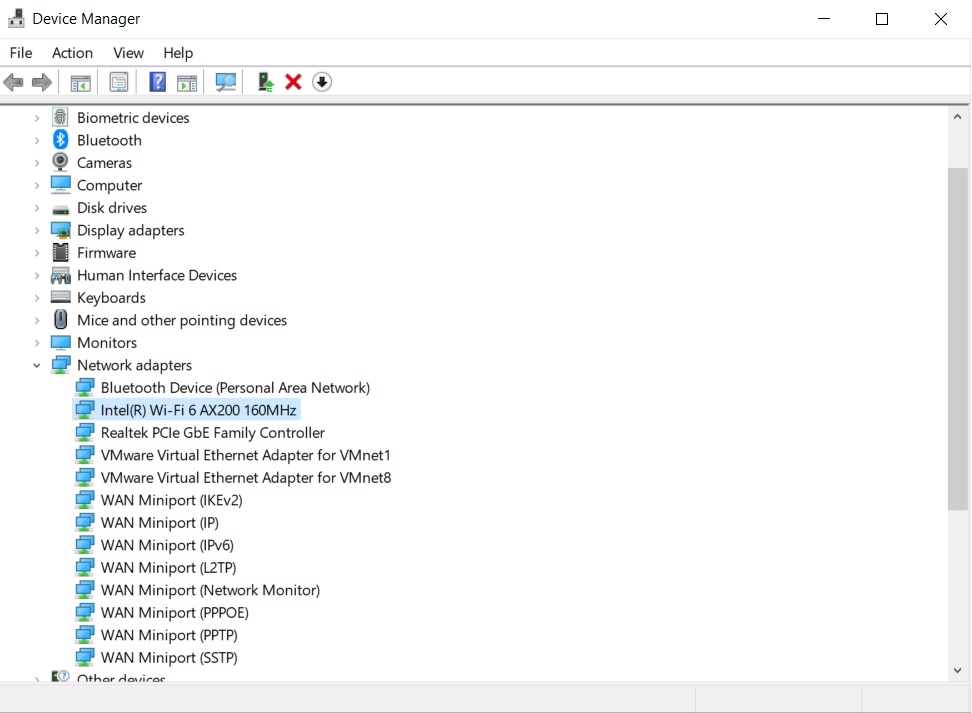 Here’s the complete changelog of the Wi-Fi driver update:

The Wi-Fi update is not widely available for users and it may not show up for download when you check for updates.

The patched driver includes multiple quality improvements and bug fixes. For instance, a bug has been fixed where AirPods audio playback may fail to resume after a Skype call.

Here’s the complete changelog of the Bluetooth driver update:

On flagship products such as the Surface Pro, Microsoft and Intel will certify the drivers and push the updates through Windows Update.

If you don’t own a flagship device, it can take some time until manufacturers publish newer driver packages on Windows Update. Fortunately, Intel allows you to manually download the driver packages that have been tested, verified, and signed by the company.

To get the new driver updates, follow these steps:

Remember that the drivers can take up to a couple of weeks to fully roll out and the update may not show up immediately.